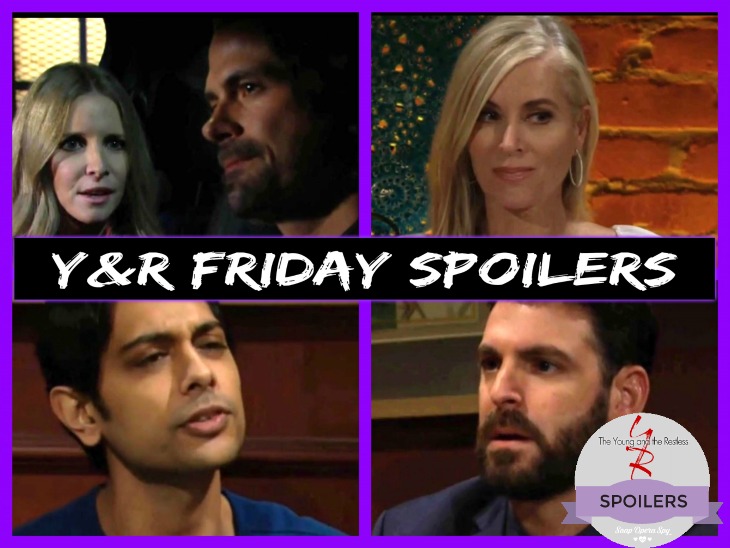 “The Young and the Restless” spoilers for Friday, April 21, tease that Ravi (Abhi Sinha) and Ashley (Eileen Davidson) will finish their kiss and retire to their rooms. Later, Ashley and Ravi decide the night shouldn’t end yet. At the restaurant, Ben Hochman (Ben Hermes) sits down at their table and trash talks Ravi. Ashley is surprised when Ravi stands up to Ben. Afterward, she notes that he’s full of surprises.

At Crimson Lights, Sharon (Sharon Case) grills Nick (Joshua Morrow) about his fight with Victor (Eric Braeden). She brings up Faith’s (Alyvia Alyn Lind) concerns, but Nick brushes off the encounter. Once Nick is gone, Scott (Daniel Hall) shows up. He admits that Nikki (Melody Thomas Scott) wants him to nix the memoir idea, but something feels off to him.

Scott reveals that he hasn’t been able to get in touch with Victor. He wonders what’s up. Sharon suggests it could be anything if Victor is involved. They shift gears and talk about dessert. Sharon and Scott agree that their romance should move slowly.

Mariah (Camryn Grimes) arrives a little later and they all start chatting. Since they clashed at the wedding, Mariah and Scott take a moment to clear the air. After Scott gets a text and rushes off, Mariah wants details. Sharon confesses that she likes Scott, but she’s still getting to know him. Mariah admits that Scott’s honesty is refreshing. 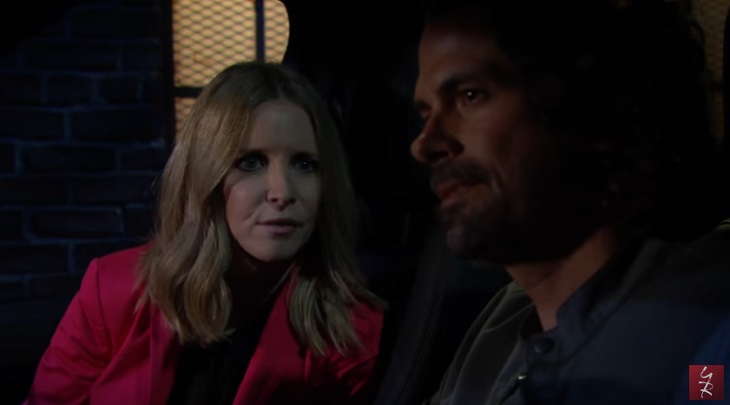 Once Chelsea exits, Christine (Laralee Bell) mentions a new assignment to Paul. She’s nervous, but he offers reassurance. Meanwhile, Phyllis (Gina Tognoni) manages to keep Jack (Peter Bergman) from finding out about her renewed romance with Billy (Jason Thompson). She gets rid of her lover until Jack leaves.

Billy returns once they’re alone and they revisit the idea of a real relationship. Victoria’s (Amelia Heinle) sudden turnaround comes up, but Billy assures Phyllis that they’re going to remain co-parents. He insists that he wants to be with Phyllis, but it’s OK if she needs time to process everything.

Phyllis understands that this is a mess, but she doesn’t want to lose Billy. He promises she doesn’t have to. Things get steamy again. Across town, Jack meets with Nick at The Underground. Nick dodges his questions about Victor. When Chelsea walks in, she gripes about the lack of leads in the case.

Once Nick steps away for a moment, Jack asks Chelsea what’s going on with Nick. He suggests that Nick might hold Victor responsible for Adam’s (Justin Hartley) death. Chelsea just thinks the Chloe chaos brought up the pain of the past.

Other “Young and the Restless” spoilers say Christine will need Scott’s help. In his car, Scott is irritated by Christine’s request. She talks about Special Agent Maxwell and how the bigwigs don’t want to lose Scott’s skills. Scott snaps that they did nothing when he was in trouble. He’d prefer to stick to his normal life, but Christine persists.

Will Scott cave in and help with a dangerous mission? We’ll keep you posted as other Y&R news and rumors emerge. Stay tuned to see what’s coming up on the CBS soap.

WATCH: The Young and The Restless Preview Video Friday, April 21