The Young and the Restless Spoilers: Chloe Reappears – Kevin and Billy Affected By Criminal’s Words 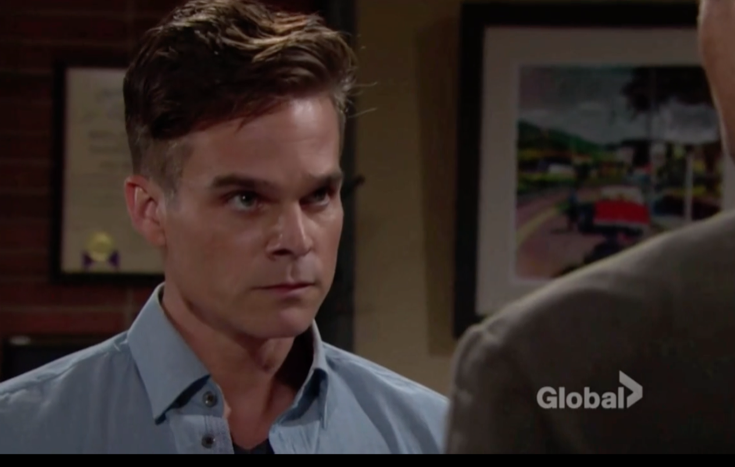 The great Elizabeth Hendrickson (Chloe) is seen again on ‘The Young and the Restless’. Sadly, she only appears within the minds of Kevin (Greg Rikaart) and Billy (Jason Thompson) after they read the letter she penned. Chloe’s main topic is Bella’s (Cali May Kinder) paternity.

Boom! No, that blast isn’t another explosion in the woods. This time the inevitable start of the baby reveal that fans have wanted for a few years created the storyline blast.

Chloe stole Billy’s genetic material back when Billy Miller embodied that character through Emmy-awarded efforts. Her intent was to create another Delia (Sophie Pollono) and she succeeded. However, upon returning to town last year Chloe advised that Bella’s father was a guy who wasn’t named Kevin or Billy.

Her refusal to provide details of Bella’s paternity naturally made Kevin suspicious. He responded by requesting a paternity test. The result was negative. But Genoa City laboratories have often produce odd, or bought-off outcomes.

Billy (played by Thompson since Hendrickson’s return to Y&R last year) never suspected he could have been Bella’s father. That’s because he had no romantic encounter with Chloe during the time frame when Bella was conceived. Yes, human free will can warp what science allows. While there are gray areas of life where consideration can be offered, right and wrong exists as well.

So Kevin and Billy now know that Chloe is responsible for the seeming murder of Adam (Justin Hartley) and also for another crime. Stealing Billy’s sample in order to create her own child represents at least one prosecutable offense.

Paul (Doug Davidson) just told Chelsea (Melissa Claire Egan) that he has no leads on Chloe’s whereabouts. So she’ll first need to be located and then captured before she faces punishment. Being that she’s on the lamb, at least Chloe did something that can be considered productive. Kevin and Billy now possess the ability to hopefully learn whatever the truth is and Bella will gain her father.

The Bold and the Beautiful POLL: Should Bill Keep Taking Brooke Back? VOTE!