The Young and the Restless Spoilers: Chelsea Vows To Take Hilary Down – Nick Questions Chelsea’s Morals 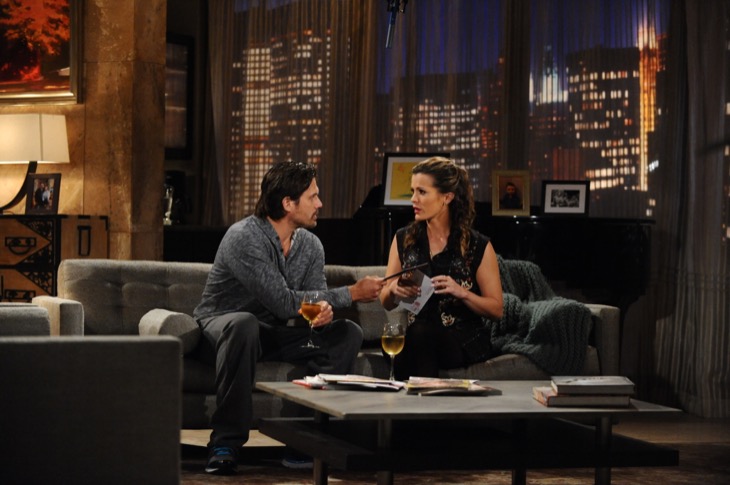 The Young and the Restless spoilers indicate that Chelsea’s life has become one hot mess, but there’s no way that she will go down without a fight. As a matter of fact, she promises Hilary that she will take her down if she doesn’t stop trying to destroy her life.

Hilary, meanwhile, made it clear to Chelsea that if Jordan Wilde doesn’t back down, she’ll take everyone down with her. That’s when Hilary did the unexpected and exposes Chelsea and Jordan on GC Buzz as the two-timing con artists that they are.

It’s without a doubt that Chelsea will be left in shock over Hilary’s latest move. But if viewers know Chelsea at all, it’s that she is determined to have the last word in this. Unfortunately, Nick gets involved and questions Chelsea’ behavior. He can’t believe that she would do something as horrible as swindle money from old women. But then again, Chelsea was broke and desperate. Still, Nick tells Chelsea that he feels she is a terrible influence on his children. This is when Chelsea decides to get revenge on Hilary for doing her wrong.

If that weren’t enough, Jordan has been caught in the crosshairs as well. And because his life is in turmoil, he’s willing to do whatever it takes to help Chelsea take Hilary down once and for all. Hilary has been getting away with too much as it is. Spoilers indicate that she’s finally going to face consequences for her dirty actions. Now it’s just up to Chelsea and Jordan to make sure that it happens.

LOVE Y&R?  MAKE SURE TO SUBSCRIBE TO OUR THE YOUNG & THE RESTLESS NEWSLETTER!

The Bold and the Beautiful Comings and Goings: Who’s Leaving & Who’s Coming Back Week Of November 13!

General Hospital RUMOR: Could Tamara Braun’s New GH Character Be The Mastermind Of The Twin Mystery?