‘The Young and the Restless’ Spoilers: Billy’s Turnaround Continues – Props To Writers and Jason Thompson 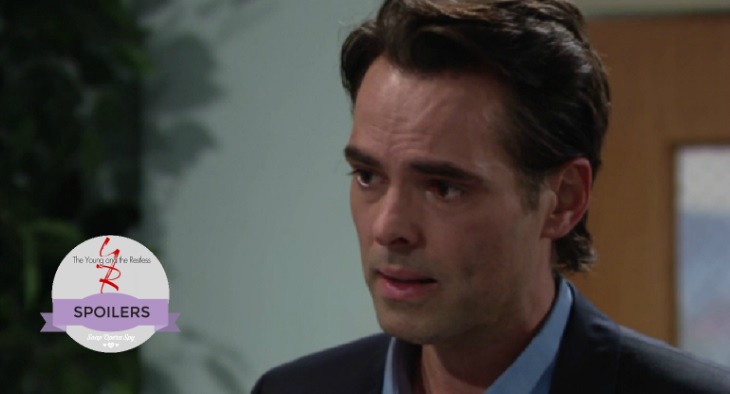 Billy (Jason Thompson) devolved into an unlikeable character on ‘The Young and the Restless’ during much of the last calendar year.

However, co-executive producer and head writer Sally Sussman and her team are currently writing Mr. Abbott into favorable terrain once again.

Doing so is allowing Thompson to demonstrate the range he exhibited on ABC’s General Hospital (Dr. Patrick Drake) for over a decade.

Vickie (Amelia Heinle) has hardly kicked Billy away and is coming to increasingly rely on him for input where Reed (Tristan Lake Leabu) is concerned.

Along with that believable reconnection, Thompson’s recent scenes with Jess Walton (Jill) in the hospital were outstanding. Solid emotional sets not only impress a discerning soap audience, but also allow viewers to project who Billy can become once again.

David Tom played Billy well when he was an older teenager, but that solid actor wasn’t properly cast for the adult role in modern times.

Burgess Jenkins did well and no strikes were called against him by this umpire. Flowing through to today, this scribe liked Thompson’s hire from the jump and not just because he and that Canadian native are hardcore hockey fans.

Thompson’s daytime resume enabled the belief that he would be a long-term Billy answer. Being two actors removed from Billy Miller, whose work was widely tagged as great, helped Thompson. He wasn’t compared to Miller, but instead to each of the actors who embodied that role since 2014.

The last Y&R regime chose to pair Billy with Phyllis (Gina Tognoni). A newer viewer might say that both actors created chemistry, which is true.

However, devoted fans know that history would prevent ‘Philly’ from ever forming. That was the mistake the past regime made. The actors who portrayed the couple performed well with the scripts they were given, which is a worthwhile point to make.

It may take some more time for seasoned fans to see Thompson’s Billy as worthy of Victoria. But when they do, this savvy group will give him a shot to succeed. And the hunch is that he’ll deliver in a way that’s liked, in part because the character will have been written back to type.

‘This Is Us’ News: NBC Preempts This Week’s Episode For Presidential Speech, Season 1 Finale Delayed