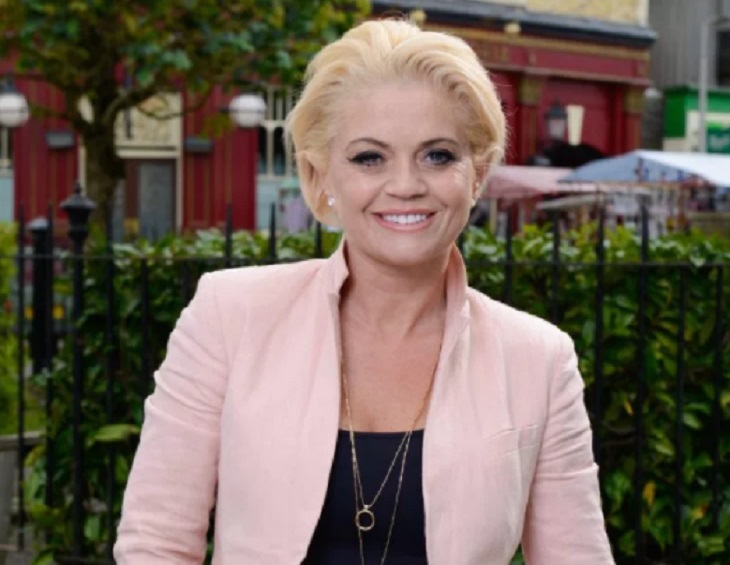 New reports indicate that Danniella Westbrook was allegedly kissing another man – and no, it wasn’t her fiancé Alan Thomason. The former Eastenders star is pregnant with Alan’s child yet eyewitnesses say that the actress was spotted kissing another man at an all-day drinking party.

Britain’s The Mirror is reporting that Danniella was spotted “kissing the life” out of an unidentified man during a alcohol-fueled party in Benidorm. This comes just one month after she announced that she is expecting her third child with Alan, who just happens to be 20 years her junior.

Apparently, the man was unaware that Danniella was both pregnant and engaged. He told the publication that the two met at a bar and that she “kissed the life out of him” up to 15 times.

He told The Mirror, “She likes a younger man, I told her I was 25, and I thought she was about 30, but she’s 43, that’s pretty much my mum’s age. Me and my mates were in Tiki Beach Bar having a session and she came in wearing a pair of Nike Air Max and was wobbling all over the place. My mate pointed out that Danniella Westbrook was over by the toilet so I went over and started chatting to her, and for a laugh said, ‘Give us a kiss.’”

He added, “I didn’t know she was pregnant and engaged, after it happened my mate sent me an article saying she was expecting twins, but I had no idea, she definitely didn’t act like that.”

Of course, Danniella herself has not made any comments about the allegations. Although seeing how she’s often very open with her fans and the media, there’s no doubt that she’ll have something to say about this very soon. Here’s hoping though that both she and her unborn child are both safe and healthy.

In the meantime, drop us a line with your thoughts in our comments section below. Also, don’t forget to check back with Soap Opera Spy for all the latest news and updates on Danniella Westbrook along with Eastenders spoilers right here.

Big Brother 19 Spoilers: Final HoH Competition Round 1 Revealed—Find Out Who Advances To Round 2!

The Young and the Restless Spoilers: Abby and Brash and Sassy In Peril – Jack Has Upper Hand