The Young and the Restless Poll: Do You Like Scott and Sharon As A Couple? VOTE! 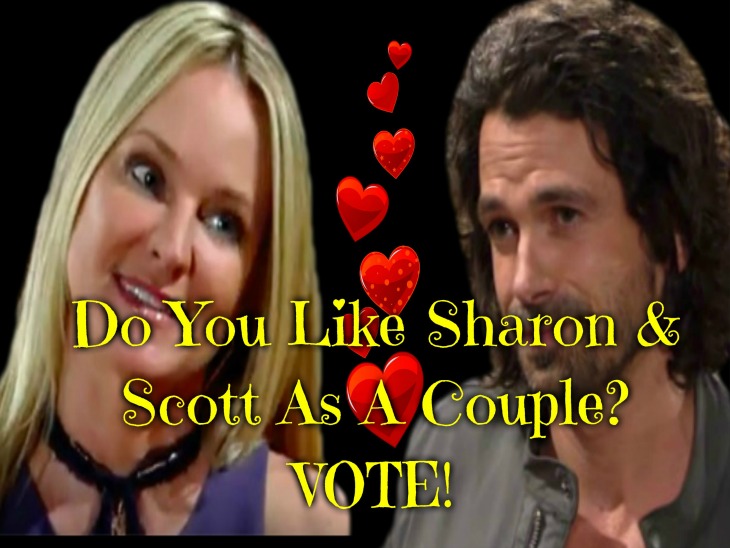 “The Young and the Restless” Scott Grainger (Daniel Hall) and Sharon Newman (Sharon Case) recently coupled up. Now our question to all you fans is do you like them as a couple?

It’s no secret that Y&R’s Sharon Newman has had a rocky past. Even much so that Scott Grainger’s mother Lauren Fenmore Baldwin (Tracey Bregman) has had her concerns about her son being with Sharon. That sure didn’t seem to bother Scott any though.

Related: The Young and the Restless Spoilers: Billy And Phyllis Move In Together- Will Their Relationship Last?

Scott Grainger is a guy that is very easy going and not hard to get along with which makes him great for Sharon. He understands that everyone has a past and is willing to look over all the things Sharon has done. So this alone makes him a great guy for Sharon because she does not have to worry about someone always judging her. Scott admitted that his past was not all that great either and he has done some things he is not very proud of.

Sharon recently received her divorce and wanted to make a new and positive life for herself and who better than Scott to do it with. It’s new and fresh and not someone that she has already been with a dozen times. New and fresh is always good right? They seem to be very happy with one another and have great chemistry as well. So we can only hope the best for them. Do you think they got what it takes to make it as a couple?

Related: The Young and the Restless RUMOR: Will Sheila Carter Follow Scott To Genoa City?

Scott Grainger is still pretty new in town and could have had several different ladies in Genoa City, but it seems he only has eyes for Sharon. Sharon was doing great at juggling life as a single woman, but she is doing even better now that she has Scott in her corner. So Y&R fans take a vote in our poll and let us know if you like the two as a couple. We want to hear how the fans feel!

The Bold and the Beautiful Spoilers: Quinn and Ridge Strengthen Their Connection – Liam and Bill Ponder Sheila’s Twisted Agenda