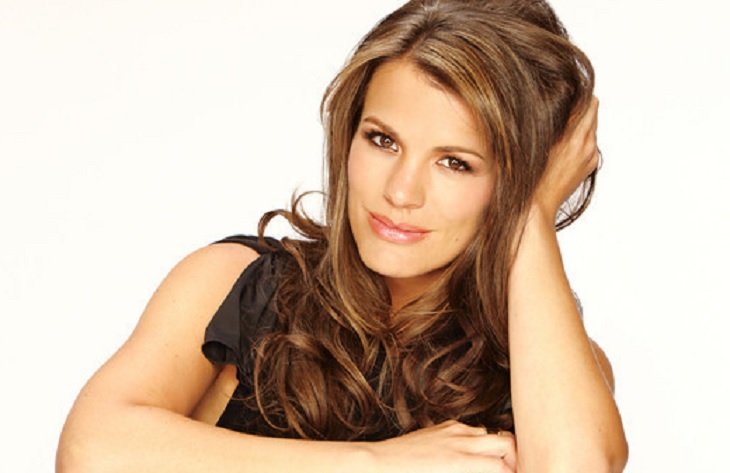 “The Young and the Restless,” Melissa Egan recently shared some interesting news on social media and we have the details here.

Related: Ashley Takes Charge Of Jabot, Will she Push Her Brother Jack Out Of Family Business?

So as you can see her project is being kept under wraps right now and the details are very vague, but we wish her nothing but the best on her new gig. Melissa has done other commercials in the past. In fact she served as a celebrity spokesperson for Proactive Solution along with former AMC co-star Chrishell Stause. Do any of you remember seeing her on it?

Actresses do little side jobs from time to time so no need to worry about this new gig taking her away from “The Young and the Restless.” After all, she did say she was working on this on the weekends. It really leaves fans in suspense on what she is actually working on. What do you think her mystery project is? What kind of commercial would you like to see her on?

Related: The Young and the Restless: Celebrating 10,000 Episodes: Cast & Creators Live at the Paley Center

Melissa Egan is very popular for her role as Chelsea Newman on Y&R, which she debuted in November in 2011 and she came on as mystery woman who was great at conning people and was involved with Billy Abbott (Jason Thompson). Before then she played the part of Annie Lavery on “All My Children” which she was on for 5 years. So she is definitely no stranger to the camera.

As soon as more details surface about Melissa Egan’s new mystery gig surfaces we will be sure to let you know. In the meantime, don’t forget to check out Soap Opera Spy for all your latest news, updates, spoilers, and much more.