Michael Muhney is preparing his television comeback, much to the delight of his fans. New reports indicate that the former The Young and the Restless star is set to make his debut on The Good Doctor on the ABC network.

The Good Doctor is an upcoming medical drama television series that is based on the 2013 South Korean series of the same name. The series will star Freddie Highmore as Shawn Murphy. He’s a young pediatric surgeon with autism and savant syndrome at San Jose St. Bonaventure Hospital.

While not much is known about Michael Muhney’s character, he is set to make his first appearance during the October 16 episode. Michael even shared a tweet with his social media followers that said, “Who’s excited to watch the premiere of @GoodDoctorABC this Monday on ABC? (I’ll be showing up on the October16th episode) Set your DVRs!”

Who’s excited to watch the premiere of @GoodDoctorABC this Monday on ABC? (I’ll be showing up on the October16th episode) Set your DVRs! ❤️

Many The Young and the Restless fans remember the 42-year-old actor as Adam Newman on the hit daytime television series. He played the role from 2009 until his sudden departure in 2014. Michael has only starred in a handful of movies in the last couple of years, including the television movie Correcting Christmas, The Track and 2016’s Search Engines. 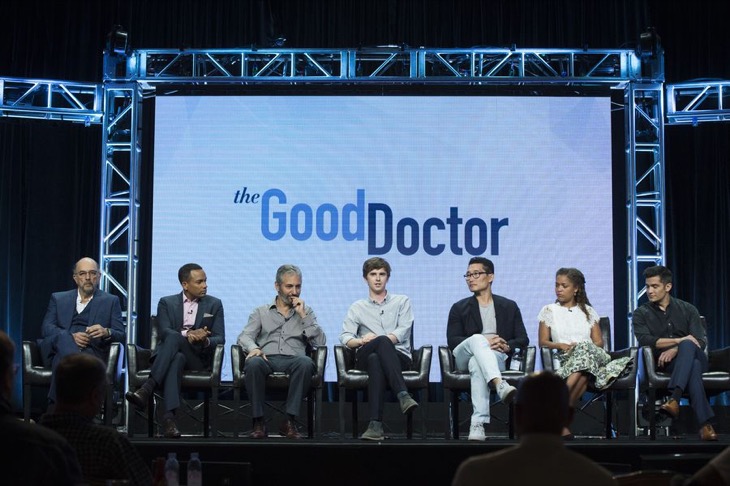 It’s without a doubt that fans can’t wait to see Michael Muhney in his new role on The Good Doctor! The series will begin airing on September 25 on ABC in the U.S. and on CTV in Canada. The show will also be aired on Sky Living in both the United Kingdom and Ireland at a later date.

So far Michael himself hasn’t made any comments about his role on The Good Doctor. Let us know what you think by dropping us a line with your thoughts in our comments section below. Also, don’t forget to check back with Soap Opera Spy for all the latest news and updates on Michael Muhney along with The Young and the Restless spoilers right here!