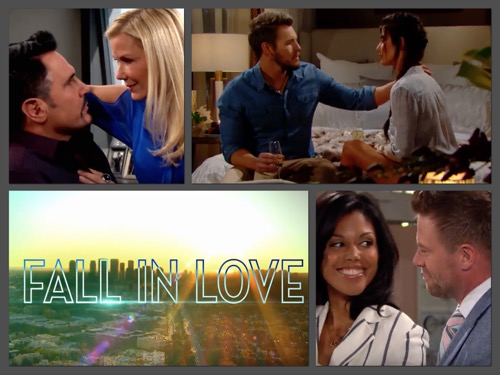 In the newest CBS “The Bold and the Beautiful” video promo we see a lot of old clips. It appears the writers are trying to remind us of why we fell in love with “The Bold and the Beautiful” in the first place! One of the first scenes they showed was Bill Spencer (Don Diamont) and Brooke Logan Spencer’s (Katherine Kelly Lang) love story. They reminded us just how the two fell for one another which was all Katie Logan’s (Heather Tom) ploy when she was suffering from postpartum depression. Bill and Brooke recently said their I do’s, but with all that Bill has been up to lately that could all be about to go down the drain.

B&B spoilers suggest that Bill Spencer will start to realize that he has been taking things a little too far after he has a terrible memory surface. So will this change Bill in any way? Do you think it’s too late for him? But this change will not come before Bill goes a little too far once again and punches his son Liam Spencer (Scott Clifton) out of rage. Liam will make a bold move that surprises his father and he is not the least bit happy about it. Do you think that Bill is taking his anger way too far?

Meanwhile, Brooke Logan Spencer will desperately try to figure out the reason for Bill’s astonishing news. She knows that he is hiding something and wants to know what is really going on with him. Bill will tell half of the truth to Brooke and she will begin to put the pieces together. As for Katie Logan and Wyatt Spencer (Darin Brooks) they will discuss going public with their relationship. Who do you think will be the most surprised about the two of them being together?

Sally Spectra (Courtney Hope) will receive news about her future and it seems as if things are finally starting to swing her way. Word has it Liam Spencer is going to give her the money to rebuild Spectra Fashions. So do you think he will be getting that money from his father? That would be a great way for him to stick it to Bill! Sally will share the great news with the Spectra gang about an unexpected but gracious gift she has received! Looks like Liam will save the day! Make sure to stay tuned to CBS’s “The Bold and the Beautiful” to see how this all plays out.