‘The Bold And The Beautiful’ Spoilers: Wyatt Moves On From Steffy – New Romance For Newly Single Spencer Brother? 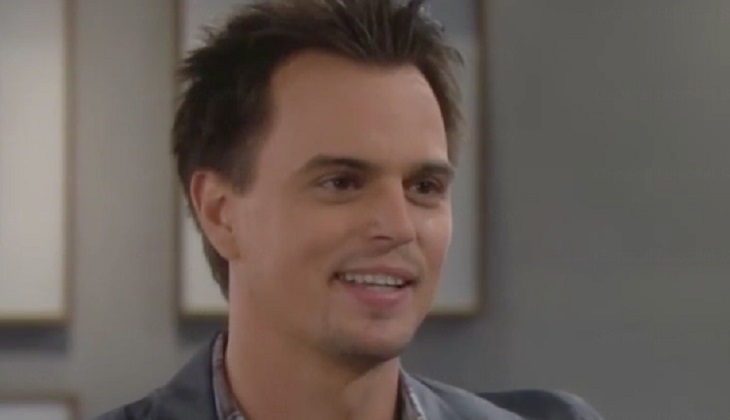 ‘The Bold and the Beautiful’ spoilers reveal that Wyatt Spencer [Darin Brooks] is out of the love game for now. After his painful divorce from Steffy Forrester [Jacqueline MacInnes Wood] Wyatt has turned to business to fill the void.

After stepping away from Forrester creations, Wyatt accepted dad Bill Spencer’s [Don Diamont] offer and went to work at Spencer Publications. Wyatt has removed himself from the toxic environment at Forrester Creations. Seeing Steffy with Liam Spencer [Scott Clifford] was just too much for him to bear.

Related: Ridge and Quinn Busted By Ivy, Will She Tell Brooke – Sally’s Collection Finished, Bill Wants To Squash Her

Wyatt may have taken a step back from romance, but ‘B&B’ spoilers tease that viewers can expect Wyatt to be involved in some hot storylines. The cast of ‘The Bold and the Beautiful’ is currently filming in Australia, most recently taking over Manly Wharf.

‘The Bold and the Beautiful’ spoilers reveal that Sally Spectra [Courtney Hope] and Steffy have an argument and Sally falls into the water.

Is it time for Wyatt to move on from the Forrester women completely? Is another go at romance with Ivy Forrester [Ashleigh Brewer] in the cards?

Do the ‘B&B’ writers have someone new in mind for Wyatt? Maybe it’s time for the ladies to fight for Wyatt’s affections instead of the beleaguered Romeo always pursuing the girl.

Now that Liam is completely off the market maybe Ivy will take a true interest in Wyatt. Though, Sally is looking for a way to take down Forrester Creations. Sally could turn to Wyatt as an ally and the two might just end up falling in love.

Steffy can be quite fickle when it comes to the men in her life. One misstep by Liam and ‘The Bold and the Beautiful’ viewers could find Steffy seeking out Wyatt for comfort – and that could lead to yet another round of romance for Wyatt and Steffy.

We must believe Wyatt is smarter than that. Steffy has stomped all over his heart in her stilettos one too many times. It’s time for Wyatt to become a smart and savvy businessman, time to put his career first.

The next step for the newest executive at Spencer Publishing would be to find the woman of his dreams, get married and start a family of his own. Is that woman Ivy, Sally or someone completely different?

‘Days Of Our Lives’ Spoilers: Chloe Wins Custody – Nicole’s Dramatic Breakdown, How Far Will She Go?