‘The Bold and the Beautiful’ Spoilers: Spectra’s Preview Begins, Sally Expects Show to Remember – Steffy and Thomas at Odds Over Threat 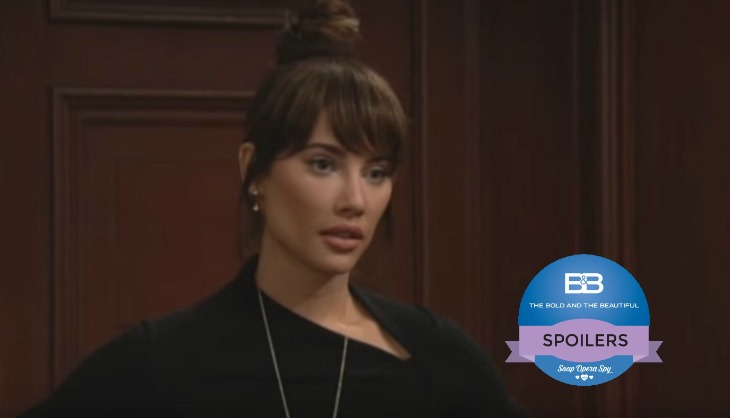 “The Bold and the Beautiful” spoilers for Wednesday, February 22, tease that Steffy (Jacqueline MacInnes Wood) will hope she can get Thomas (Pierson Fode) to be a team player. She knows he’s not happy about working under her, but she believes this is something they can sort out. All of this drama isn’t beneficial for their family or their company.

Steffy will acknowledge that she’s Thomas’ boss, but she’ll insist that being his sister is always going to be more important. She’ll want Thomas to realize that she loves and supports him. Thomas will assure Steffy that being her brother means a lot to him. He’ll put his anger aside for now, but don’t be surprised if it comes roaring back down the road.

In the meantime, Thomas and Steffy will focus on another issue. It’s clear that Thomas is growing closer to Sally (Courtney Hope). He seems intrigued by her fierce attitude and unusual charm. When Steffy starts acting like Sally is a total menace, Thomas will contend that she’s not that bad.

“The Bold and the Beautiful” spoilers say Thomas will note that this Sally isn’t like the original. Steffy will remind Thomas of Sally’s crazy stunts and point out that she’s following in her great aunt’s footsteps. It appears young Sally is picking up exactly where the old Sally (Darlene Conley) left off.

Nevertheless, there’s a good chance Thomas will continue to pursue Sally anyway. The heart wants what it wants. B&B rumors hint that Sally may pull Thomas over to the dark side eventually. If Thomas ends up at Spectra, Steffy and the Forresters are going to hit the roof.

At the moment, Sally isn’t concerned about Forrester Creations or her feud with Steffy. She just wants the preview to be a hit. “The Bold and the Beautiful” sneak peek shows Sally shouting, “Today is the day we give Jarrett Maxwell a show to remember!” Sally will urge everyone to get ready. She’ll want this event to be absolutely perfect.

Elsewhere, Katie (Heather Tom) will be perplexed by Bill’s (Don Diamont) confidence. He’ll declare that the Spectra Fashions’ reboot is going to be an epic failure. Katie will counter that maybe this version of Spectra will succeed.

Bill may raise some red flags when he promises that they’re going to crash and burn. We’ll give you updates as other news comes in. Stick with B&B and don’t forget to check Soap Opera Spy often for the latest “Bold and the Beautiful” spoilers, rumors, updates and news.

WATCH: ‘The Young and The Restless’ Preview Video Wednesday, February 22