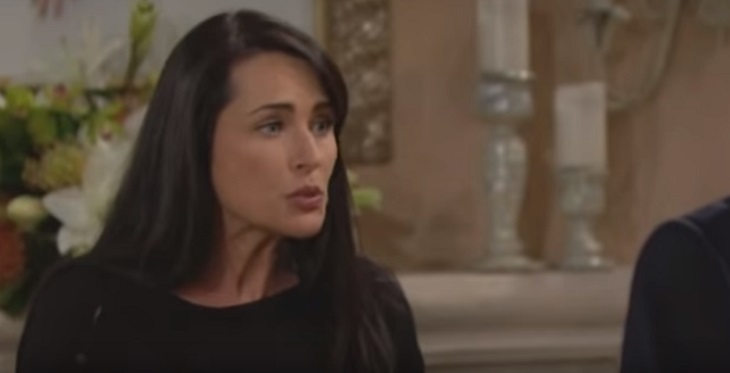 The Bold and the Beautiful (B&B) spoilers for Friday, August 4, 2017 reveal Quinn will be shaken to her core when fashion mogul husband, Eric makes his intentions known; both Quinn and Ridge Forrester (Thorsten Kaye) are about to face the wrath of the Forrester patriarch.

B&B’s Quinn Fuller Forrester (Rena Sofer) is blind-sided by her estranged husband, Eric Forrester (John McCook) when he returned to his mansion and told Quinn, not only that her and his son, Ridge Forrester (Thorsten Kaye) need to vacate the premises; he has already started filing the preliminary paperwork for their impending divorce.

Related: Eric Calls an Excited Quinn – Katie Has Suspicions – Zende And Maya Get Too Close

Quinn who has always been a strong woman pleads at his feet for one more chance; but fans of the CBS daytime drama know that although Eric is a very forgiving man, he is not a fool.  Ridge and Quinn should be concerned as Eric doesn’t just hold their personal lives in his hands but also their professional ones.  Could he be out to destroy both of them for their deceit?

The Bold and the Beautiful spoilers also reveal Wyatt Spencer (Darin Brooks) is thrilled about his budding romance with Katie Logan (Heather Tom) and its clear she has some feelings for the young Spencer as well, but she cannot bring herself to discuss it yet and is placed in an awkward position when discussing the two of them. 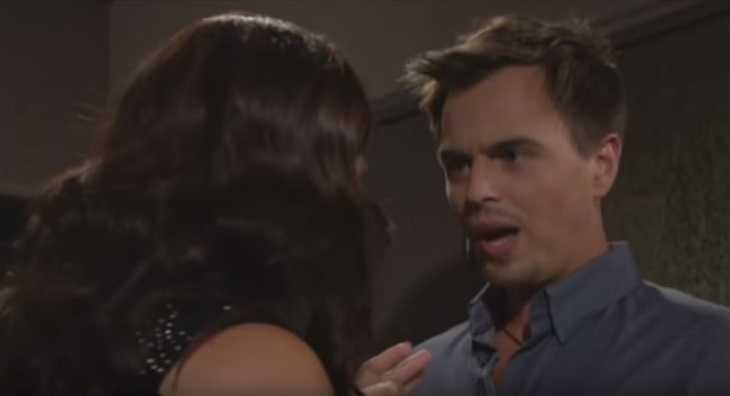 Katie, who has been previously married to Bill Spencer (Don Diamont), Wyatt’s father, should be concerned as Bill has never taken too kindly to people interfering in his life and how do you think he is going to feel when he learns his ex-wife and current sister-in-law is involved with his much younger son?  Katie and Wyatt have developed their relationship slowly and have been friends for a long time; they trust each other and thoroughly enjoy each others company.  Will their relationship go beyond their flirtations and stolen kisses?

Be sure to tune into CBS’ The Bold and the Beautiful (B&B) on Friday, August 4, 2017 to catch up on all these stories and more.  Check Soap Opera Spy often for updates, news, rumors and spoilers!