The Bold and the Beautiful Spoilers Wednesday August 2: Brooke Walks In On Wyatt And Katie – Nicole’s Suspicious Behavior 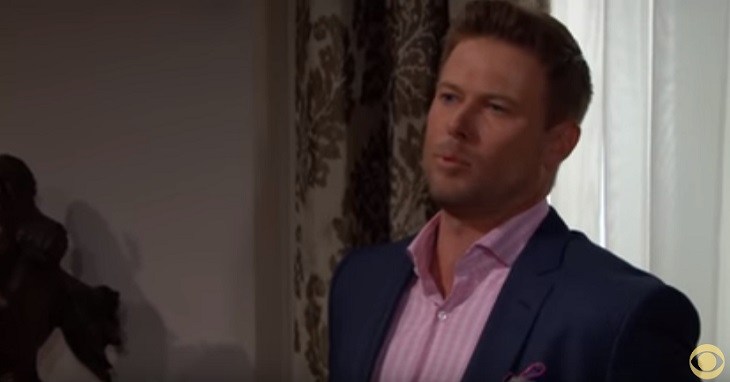 Brooke senses something is off and questions Katie about being so flush, but neither one is willing to reveal they have become more than friends.  How do you think Bill Spencer (Don Diamont) will react when he learns his son has been getting extremely close to his ex-wife and mother of his youngest son, Will?

B&B’s Zende Forrester (Rome Flynn) is on a high after a hugely successful fashion showdown in Monte Carlo that displayed some of his designs.

He wants to celebrate the win with everyone, especially his wife, Nicole Avant Forrester (Reign Edwards); a reluctant Nicole leaves to take a bath but informs brother-in-law, Rick Forrester (Jacob Young) that she really doesn’t want to go to the party and hopes Zende won’t be disappointed.

Could something more be going on with Nicole not wanting to be there and how hurt will Zende be when he finds out she isn’t attending a celebration in his name?

The Bold and the Beautiful spoilers continue with Wyatt and Katie, as they struggle with their attraction to each other.  Katie will attempt to put on the brakes, when she dances with Wyatt and says she is going to return to her hotel room and he has to go to his.  Every fan of the CBS soap opera knows that romance seems to be heightened when people are on vacation, especially when they are on a high over a widely successful event like the one Katie and Wyatt managed to pull off.

Related: The Bold and the Beautiful Spoilers: Wyatt And Katie Kiss!

It remains to be seen whether they can really be a couple, when they have so many people who could be against them getting together; especially Wyatt’s father, Bill and his mother, Quinn Fuller Forrester (Rena Sofer) who has a strong dislike of Katie after she blackmailed her for months.

Be sure to tune into CBS’ The Bold and the Beautiful (B&B) on Wednesday, August 2, 2017 to catch up on all these stories and so much more.  Check Soap Opera Spy often for updates, news, rumors and more B&B spoilers right here!