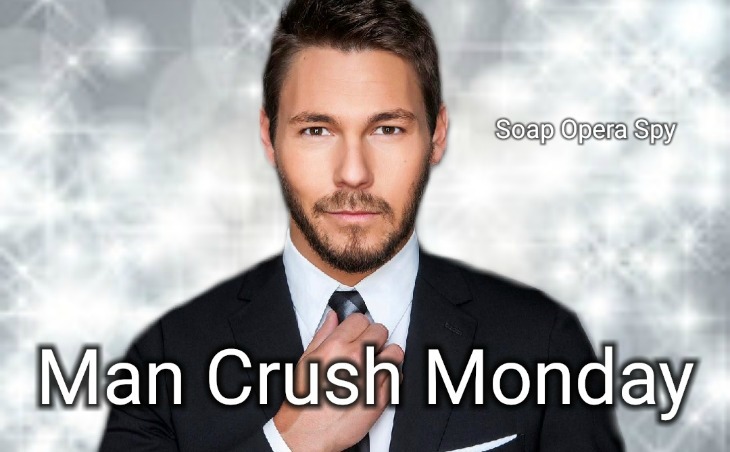 The Bold and the Beautiful’s sexy and charming Scott Clifton has been chosen to be this week’s Man Crush Monday! That smile of his is to die for!

Scott Clifton was born on October 31, 1984 and was raised in the Greater Los Angeles area of Southern California, including the Santa Clarita Valley and San Fernando Valley. He is a Halloween baby! So that’s a very interesting fact about him!

Scott Clifton started out his acting career in commercials at the age of 16 and later went on to daytime television. You may remember Scott by his very popular role of Dillon Quartermaine on General Hospital back in 2003-2007. He also played on One Life to Live as well and now is currently playing the part of Liam Spencer on The Bold and the Beautiful.

Scott Clifton has won three Daytime Emmy Awards for his work on The Bold and the Beautiful. He was also nominated several times for his other roles on GH and OLTL. Scott is also a singer, guitarist, and songwriter with a very awesome voice. You may remember one of his very own originals being played and sung by him on B&B. So as you can see he is a man of many talents and is no stranger to daytime television.

Evening News* *(whatever terrible thing the President did or said today.)

Scott Clifton married his longtime girlfriend Nicole Lampson back in October 2012 and they now share a precious son together Ford Robert Clifton who came into the world on May, 6, 2016. He is such an adorable child. Not to mention how fabulous of a father Scott Clifton is!

Now B&B fans would love if his on screen character Liam Spencer and his on screen wife Steffy Forrester Spencer (Jacqueline Wood) would have a child on the show. Do you agree? Scott Clifton is certainly our Man Crush Monday, how about yours? Stay tuned to CBS’s “The Bold and the Beautiful” to see him in action!

The Young and the Restless Spoilers: Mariah and Tessa Not Y&R’s First Attempt At An LGBT Storyline – Previous Plots Squashed Quickly