How Much Do Your Favorite Soap Stars Earn? Corrie And EastEnders Salaries Revealed! 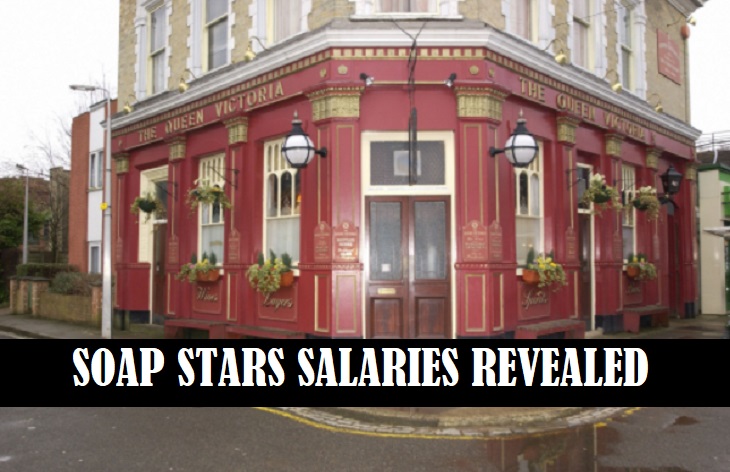 Have you ever been sat watching your favourite soap and thought about how much money the actors and actresses get paid? Well it seems there is quite a variation in the star’s earnings. Some actors can earn up to £2,000 per episode! Whereas the lowest recorded has been £400.

There are of course a number of reasons that this figure is so changeable. If an actor has proven popular with the public for example, they are likely to earn more as they are in high demand. But of a soap star is young or new to the art they will be on a much lower salary.

But what does this mean over the course of a year?

As many actors in soaps such as EastEnders, Coronation Street and Emmerdale are not season regulars, they do not make over £12,000 a year ($15,815). So, they are not living the life of luxury we may think they are!

However, at the other end of the spectrum, the shows regulars such as Phil Mitchell (Steve McFadden), Marlon Dingle (Mark Charnock) and David Platt (Jack P Shephard) can be earning over £200,00 ($263,000) a year. Quite a difference.

As most of these soaps are on at least four times a week (six for Corrie) it’s easy to see how this money would add up for soap stars. Most actors are tight lipped about the amount that they earn, but we do know the figures for some of our favourites.

Here are some more of your favourite soap stars figures:

In the grand scheme of things this is not a lot compared to Hollywood actors who make mega bucks on films in the US. But are you shocked by how much soap stars make?

The Young and the Restless (YR) Spoilers: Zack Asks Too Many Questions – Scott Irked