Home And Away Spoilers: New Romance For Justin Spells Big Trouble – What Else Is Scarlett Hiding? 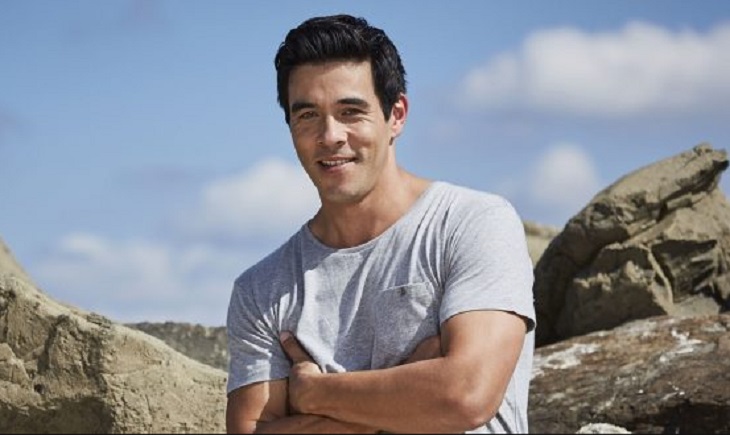 On “Home And Away,” Summer Bay is about to get scorching hot as Justin Morgan (James Stewart) moves on from his broken heart in record time! It seems like just yesterday that he and Phoebe Nicholson (Isabella Giovinazzo) were saying their tearful goodbyes, but the drama that’s occurred since has been amazing.

Home and Away spoilers indicate that Justin’s summer has been anything but boring as he struggles to deal with his family and personal life.

Blair McDonough Guest Stint In September – How Will He Come Back?

First it appeared as if he and Phoebe would have a happily ever after together in America. What could be more exciting than picking up and taking off for a new adventure in a glamourous locale?

Phoebe was offered a music tour in L.A. and Justin was on board with the idea until he realized how much he’d miss his young daughter.

His brother Brody (Jackson Heywood) was also a sticking point when his criminal activity came to light. The scandal rocked the family hard, and good guy Justin wasn’t able to look the other way while his brother needed him. Enter the amazing Scarlett Snow (Tania Nolan)!

Scarlett suddenly appeared to the Morgan family in their time of need, telling them that she wanted to help Brody turn his life around. She and Justin definitely got off on the wrong foot when he accused her of being one of Brody’s druggie friends! But things are taking a 180 between them, and it looks like these two beautiful people have some sizzling chemistry to explore.

Justin sure could use the distraction of a new romance, but will Scarlett end up breaking his heart even more than Phoebe? In classic soap tradition, Home and Away spoilers tease that Scarlett has a past that may lead to her fiery undoing. Justin has already found out that the helpful lady was hiding a big secret about a child, but there’s even more intrigue ready to be revealed. Scarlett’s ex-husband desperately wants to find her; will he come between Justin and Scarlett before lovelorn Justin has a chance to reveal his true feelings?

The Young and the Restless Spoilers: Nikki and Victor Together Again – Fans Want Couple Together