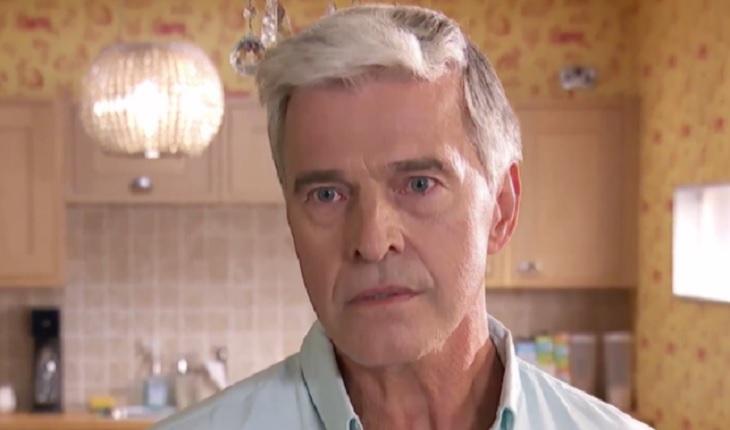 It’s a massive whodunit on Hollyoaks: Who tries to kill dastardly Mac Nightingale (David Easter)? This could take a while, but let’s line up the suspects and rate their odds of doing the dirty deed!

So, who would want to see a high school-burning, revenge-killing murderer dead? The better question is, who wouldn’t want to see Neeta’s (Amrit Maghera) killer get a dose of his own medicine?

In an action-packed week of sensational storytelling, the soap will reveal the events leading up to Mac’s body being found in The Dog car park.

Related: Hollyoaks Spoilers: Surprise Wedding Proposal – Who Is Getting Married?

What viewers will see is Mac and the various suspects going at it, giving us an inside look at who could have been driven to want to see him dead.

First up, student Hunter McQueen (Theo Graham) has an excellent motive for wanting to see Mac DOA, since vengeful Mac killed his teacher/hookup. Will he avenge Neeta’s unfortunate demise at the hands (literally!) of evil Mac?

Then again, there’s no love lost between Mac and his ex, Marnie (Lysette Anthony). Will she finally get her revenge on him for killing their own son?

Or how about Lisa Loveday (Rachel Adedeji)? In a moment of bad decision-making she had an affair with Mac. Ew. Mac isn’t the kind to give up without a fight, and in upcoming scenes the cad has the nerve to come on to her. Does Lisa put a stop to his advances with a lethal move of her own?

Sally (Annie Wallace) will actually confront Mad Mac about the part he played in Neeta’s death and burning the school to the ground. Will he pay the ultimate price for her seething anger?

Back to his family ties, Mac’s son James has tons of motive to want to see his abusive daddy dead. Will he be the one to put an end to Mac’s madness?

Hollyoaks is pulling out all the bells and whistles for this exceptional week of storytelling that you definitely don’t want to miss!