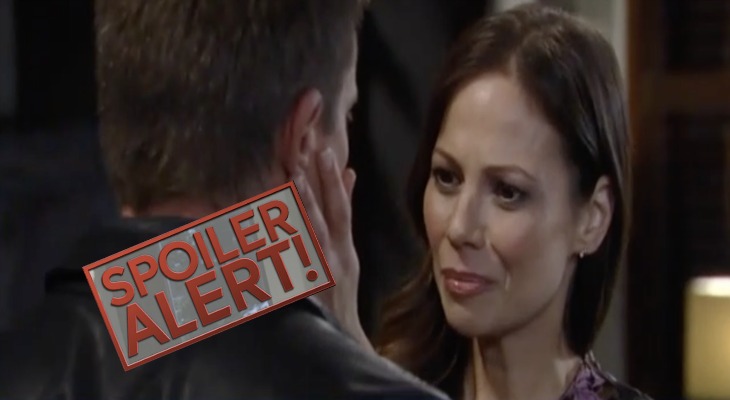 General Hospital (GH) spoilers for Monday, November 27, 2017, bring a lot of confusion and frustration; while one lies to get what she wants, another is consumed with thoughts of another.  Confrontations happen as one is convinced someone is confused.  Monday’s episode is one GH fans will not want to miss!

Sam Wants To Know What Jason Is Afraid Of

General Hospital spoilers reveal Samantha “Sam” Morgan (Kelly Monaco) sits with her husband, Jason Morgan (Billy Miller) and asks him to tell him what he is really afraid of.  Will he admit that he is concerned about losing his entire family as they are struggling with whether he is the real deal or not?

At GH, Kiki Jerome (Hayley Erin) meets with Dr. Griffin Munro (Matt Cohen) and reassures him that her mother, Ava Jerome (Maura West) has dropped the whole experimental treatment thing in hopes of restoring her face to what it looked like before the warehouse fire.  Meanwhile, GH sources show Ava meets with Dr. ZaJac, who wants to see what they are dealing with and examines Ava’s burn injuries and scarring on her face.

Can Dr. Bensch’s skills in the kitchen win Alexis over? 🦃 Tune into an all-new, #GH – STARTING NOW on ABC! pic.twitter.com/MZOrKNKMEa

Dr. Bensch Has Romance On His Mind

GH spoilers tease that Dr. Daivd Bensch (James DePaiva) just can’t get enough of Alexis Davis (Nancy Lee Grahn) and comes to see her at home, revealing that he has been thinking about kissing her, far more than he should.  Does Alexis feel the same way, or was their thanksgiving kiss just a distraction from everything happening regarding her ex-husband, Julian Jerome (William deVry)?

General Hospital spoilers reveal that the Corinthos Thanksgiving dinner does not go according to plan either as Dr. Kim Nero (Tamara Braun) touches Six’s (Steve Burton) face after she calls him “Drew”, asking him how this is happening?  He informs her that she has mistaken him for somebody else.  Carly (Laura Wright) is shocked that she recognizes his face while Kim’s son, Oscar (Garren Stitt) and Josslyn Jacks (Eden McCoy) look on confused, as this could be a clue to the mystery behind his absentee father.

Be sure to tune into ABC’s General Hospital (GH) on Monday, November 27, 2017, to catch up on all these stories and so much more.  Check Soap Opera Spy often for updates, news, rumors, and spoilers!