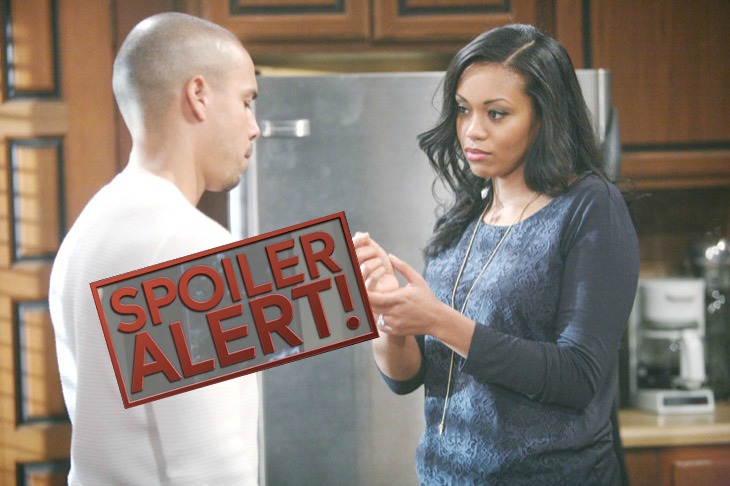 Devon (Bryton James) was reeling on ‘The Young and the Restless’. Mariah (Camryn Grimes) just unexpectedly dumped him in one section of his Genoa City Athletic Club dining room, while his ex-wife Hilary (Mishael Morgan) was having it out with Jordan (Darnell Kirkwood) by the bar. What happened next caused ‘Hevon’ fans to cheer and its foes to shudder.

Jordan was ambushed by Hilary and her camera man, who coped an attitude earlier in the episode, which was unusual for a side character and may prove to mean more in the near future. Mr. Wilde responded by raising Hilary’s real name (Ann Turner) and then brought up the attacks she’d made against Neil (Kristoff St. John) and his family. Devon interceded after overhearing the verbal battle as he passed by.

Related: The Young And The Restless News: Pregnant Melissa Ordway Shows Off Her Growing Baby Bump

The case for a renewed ‘Hevon’ can be made when the soapy score of these characters is considered. Based on recent unnecessary developments, Jordan and Hilary won’t be reconciling, or even renewing their friendship. Hilary never stopped loving Devon and doesn’t appear to be interested in any other GC candidate. Devon, as noted, is a romantic free agent.

Devon’s gut instinct was to protect the woman he cares for. Mariah was always a friend, but never actually more than that.

Does it make sense to believe that as the Christmas season approaches Devon will feel vulnerable and that Hilary will play off her ex-husband’s emotions? Of course, but will James’ character allow himself to be drawn back in? That’s a hard question to answer as Thanksgiving week winks hard at the official start of the biggest combined religious and secular season of the year.

Hilary is many things. Regardless of whatever her detractors might believe, she remains Devon’s soul mate. That’s why all serious Y&R fans haven’t ruled out the chance of this pair re-coupling.

Y&R could opt to develop ‘Hevon’s’ relationship by having this duo reunite and by having Hilary become pregnant. That storyline angle wasn’t realized the first time these characters were together. Addressing that natural progression would offer a fresh take for both fine actors to play and for the audience to consider.