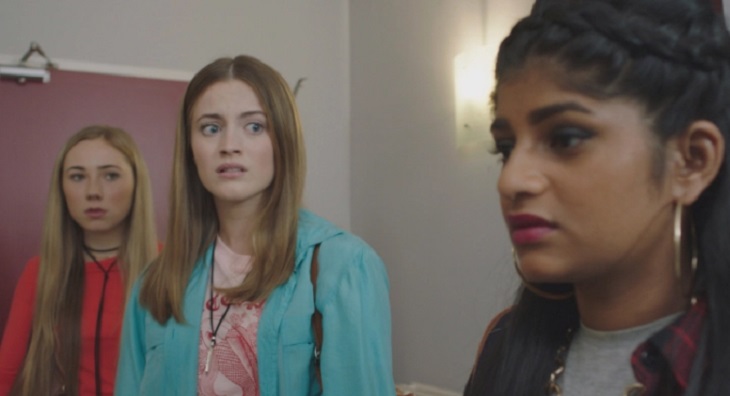 Not everyone is on board with Hollyoaks’ self-harm storyline involving not just one, but several teens.  This week soap viewers flocked to social media to speak out against the controversial plot.

“Absolutely gutted at where they’ve taken the self harm storyline, was going so well until tonight,” tweeted one fan, while another wrote, “Is it me or is hollyoaks sending out the wrong message to self harm.”

Show execs have been quick to respond to the criticism and dismay.

In a statement to Digital Spy, a show spokesperson said, “Hollyoaks has been working closely with The Samaritans and MIND to help raise awareness of self-harming – a difficult subject that is relevant to the young audience. The episode was accompanied with on air support pointing viewers to appropriate helplines.”

A representative from The Samaritans backed up the show’s statement. “We were … pleased that Hollyoaks were going to embrace such a challenging, sensitive storyline … they engaged with us right from the outset when they were starting to develop this storyline. They worked with us throughout,” said Lorna Fraser.

A MIND represented reiterated that stance, saying the group backs the soap’s initiative to raise awareness of the sensitive topic.

“It’s a serious issue that is difficult to portray sensitively on screen, and we’re glad that Hollyoaks is going about it in a responsible manner,” said a group spokesperson.

The MIND rep went on to note that youth ages 16-24 in England are the age group most likely to self-harm and that over a quarter of females in this segment have engaged in self-harm.

Not all fan reactions were negative, with many praising the show’s realistic depiction of the alarming trend.

Hollyoaks will continue to follow the teens’ self-harming through the coming weeks, with Hollyoaks boss Bryan Kirkwood confirming that the plot will get darker before it gets better.