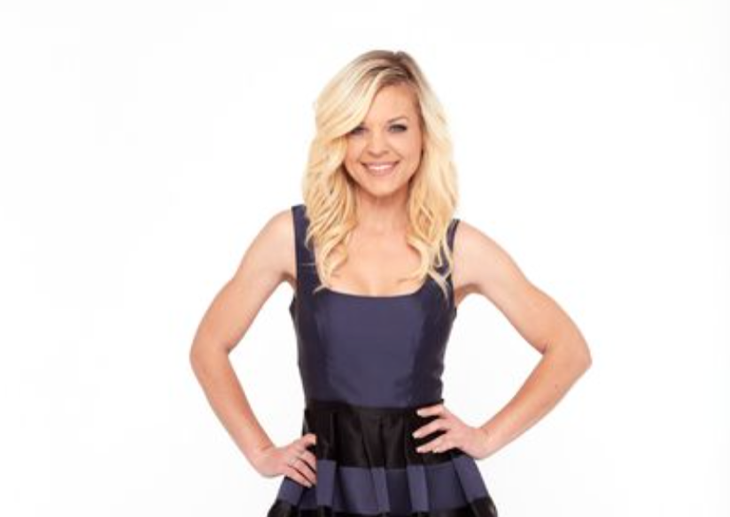 There’s a good reason why ‘General Hospital’ star Kirsten Storms has been so quite lately. The blonde beauty was recently forced to reveal that she’s been battling with severe depression after taking some time off from both ‘General Hospital’ and social media. She’s been on hiatus from the show since March.

Many of Kirstin’s fans sparked concern when they noticed her dramatic weight loss. Others were frustrated that her absence was leaving a hole for ‘General Hospital’ storylines. If that weren’t enough, a lot of her social media followers even insinuated that Kirstin was dealing with a secret drug problem based on her changing appearance.

Frustrated with all of the rumors, Kirstin took to her social media account to set the second straight. When one fan wrote on Twitter, “When will she realize how badly drugs are ruining her life,” Kirstin replied with, “I actually suffer from severe depression. But kudos to you for being cool enough to tag me in that.”

Realizing that she couldn’t hide her personal struggles any longer, the actress wrote a lengthy statement to her fans on her Twitter account. She explained, “I try to keep my personal issues private. However, I recently mentioned on Twitter that I suffer from severe depression. If you or someone you know has dealt with it, then you know it can be a difficult time in life. I’m doing so much better as of late and look forward to returning to work soon.”

It also looks like Kirstin might be making her way back to the small screen soon. The actress recently teased that she’ll be making her back to ‘General Hospital’ much to the delight and excitement of her fans. When she tweeted that she was shopping for more Maxie clothes with ‘General Hospital’ costume designer Shawn, one fan asked her about her comeback. She simply replied with, “Yup. Soon.”

In the meantime, don’t forget to check back with Soap Opera Spy for all the latest news, updates and spoilers on ‘General Hospital’ and all of your favorite soaps right here.

The Bold and the Beautiful Spoilers: Sally, Thomas, Steffy and Liam Struggle Through Double Date – Katie Defends Her Innocence