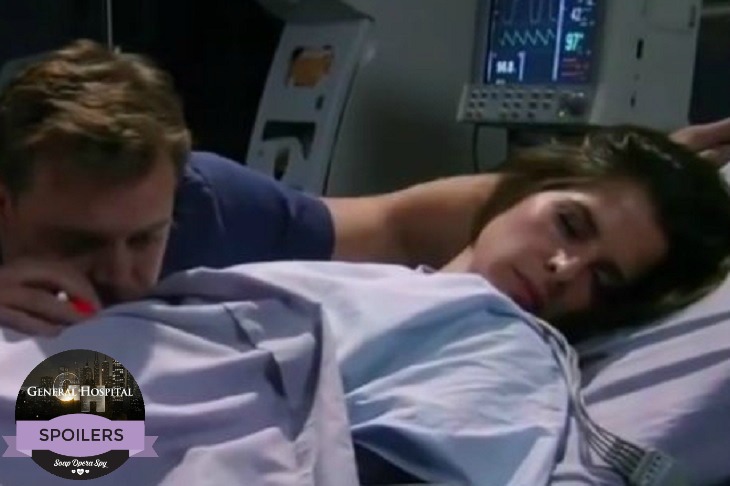 General Hospital spoilers recently revealed Sam Morgan (Kelly Monaco) going in and out of consciousness after giving birth to her baby girl. So that has left fans questioning if the writers are going to kill off the character of Sam and if Kelly Monaco is leaving GH.

Well good news fans, it does not appear that Kelly Monaco will be going anywhere anytime soon. She recently tweeted that she loves playing Sam and thanked all her fans for their continued support.

The writers had planned to make the birth of Sam and Jason Morgan’s (Billy Miller) baby very eventful and it appears that is all they are doing.

After all, there have been some down the road spoilers emerging that include Sam Morgan in them.

Kelly Monaco starting playing the part of Samantha McCall in 2003 and during her years on GH she has pursued other opportunities but never let them come in the way of her role on General Hospital. Monaco has always been happy with her part, so it seems that fans have no need to worry.

Related: Nelle’s Change Of Heart Comes Too Late – Lives Destroyed Over Her Secrets

Safe hospital births do not happen too often on daytime soaps and this is just a way to keep the suspense up and have the viewers wanting to see more. Lately, they have done a great job doing just that. GH has been a pretty hot topic over the Internet the past few days and will probably continue to be until we see the Morgan’s back at their home enjoying life with their newborn daughter.

There is never a dull moment when it comes to Jason and Sam Morgan’s life. I’m sure we will see a lot more dramatic twists coming their way in the future. So it seems like we will see a lot more of the feisty Kelly Monaco as Sam Morgan. Stay tuned to ABC’s General Hospital. Don’t forget to check often with Soap Opera Spy for all your latest General Hospital spoilers, news, updates, and much more.

‘The Young and the Restless’ Spoilers: Victor Serious About Life-Change – Past Actions Overshadow Current Behavior