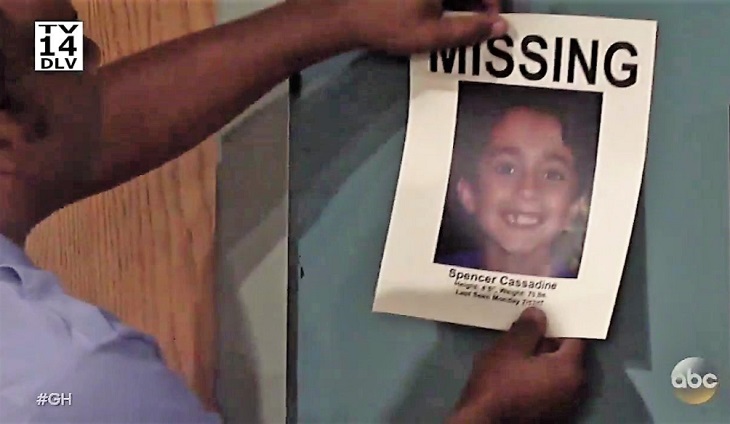 General Hospital spoilers tease that Laura will reach out to Dante (Dominic Zamprogna) who will go into his cop mode and then goes to confront Valentin as he is exiting the Metro Court with his daughter, Charlotte (Scarlett Fernandez).

Spencer Abducted, But By Who? Jaw-Dropping Twist!

Valentin did make a promise to his daughter that Spencer will not be a problem any longer- but exactly how far did he actually go? That is exactly what Dante will want to know since he will be investigating Spencer’s disappearance.

GH spoilers indicate that Nathan (Ryan Paevey) will also be searching for answers in regards to Spencer’s disappearance. Nathan will make a call to someone in hopes that they might have answers that can help them know where to look for Spencer.

Over at Crimson, Dr Obrecht (Kathleen Gati) shows up with a business proposition for Nina but what type of offer will the scheming doctor make? Chances are it will have something to do with her current predicament over at General Hospital now that she has been caught and fired.

Watch Steve Burton Rock Out With His Son Jack 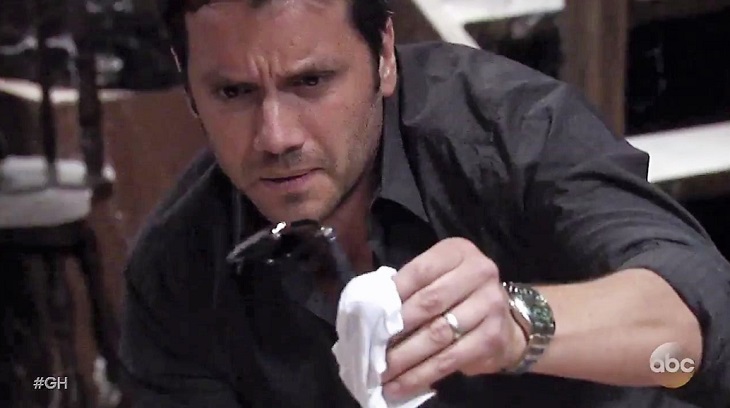 Spoilers indicate that on Wednesday’s episode of General Hospital, Finn (Michael Easton) will take yet another shock when Monica (Leslie Charleson) delivers news to Finn that will not bode well with him- did Finn fail yet another drug test? This is certainly going to raise more questions in regards to his drug use especially since Dr Obrecht is no longer working at GH so she can no longer be used as his scape goat. How will Finn explain his way out of this one?

Also on Wednesday July 19, GH spoilers indicate that Julian (William DeVry) will make an emotional plea to Alexis (Nancy Lee Grahn) and will ask her for a favor on whether she will be a witness for him for the defense. Will Alexis agree to help Julian? All this and more in tomorrow’s episode of General Hospital. Stay tuned!

The Bold and the Beautiful Spoilers: Angry Steffy Confronts Quinn – Sally Has Lunch With Caroline – Thomas Takes A Stand