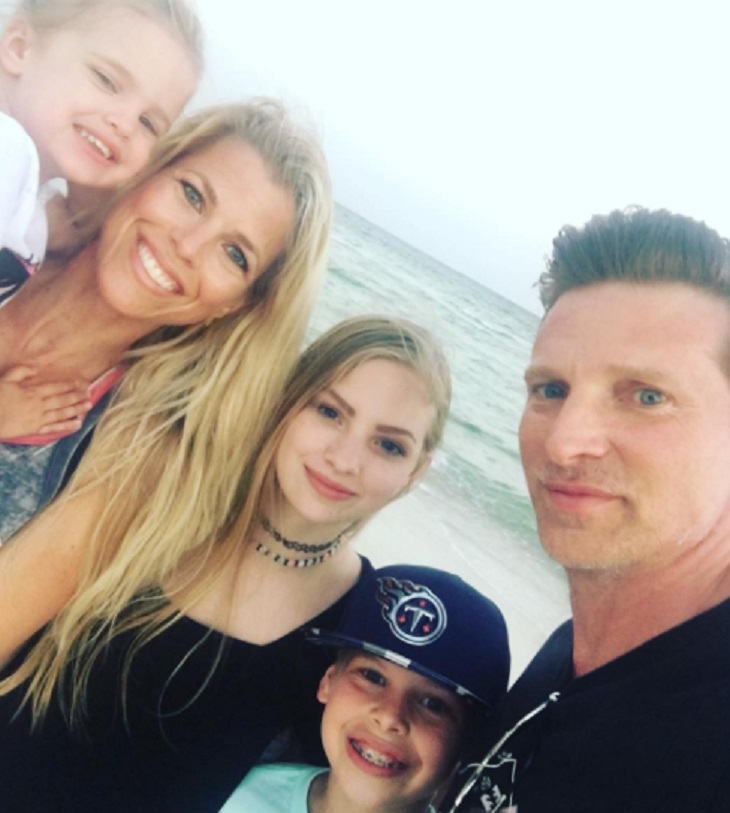 While General Hospital fans eagerly await Steve Burton’s highly anticipated return to Port Charles, the former Jason Morgan portrayer appears to be playing it cool and going about his daily life.  Steve recently took to Instagram and shared an adorable video of himself in the car with his son Jack, rocking out to 80’s music.

In Steve Burton’s video, the GH star bobs his head to a classic rock song with his Port Chuck band hat on, and encourages his adorable son Jack to join in.  And, ABC soap opera fans couldn’t help but notice how much Jack has grown up, and the fact that he looks like Steve Burton’s twin!  Steve captioned the video, “Not only is Jack my son, he is my 80’s brother! carpool non karaoke #80’s #hereigoagain#tennessesummer #thebestdecade#whitesnake.”

Not only is Jack my son, he is my 80’s brother! 🤘🏻✌🏻😎 carpool non karaoke #80’s #hereigoagain #tennessesummer #thebestdecade #whitesnake

The Bold and the Beautiful Spoilers: Bill Helps Caroline – Sally And Thomas In Trouble – Steffy Demands Answers From Ridge