General Hospital Spoilers: Nathan And Amy Play With Fire – Will They Get Caught 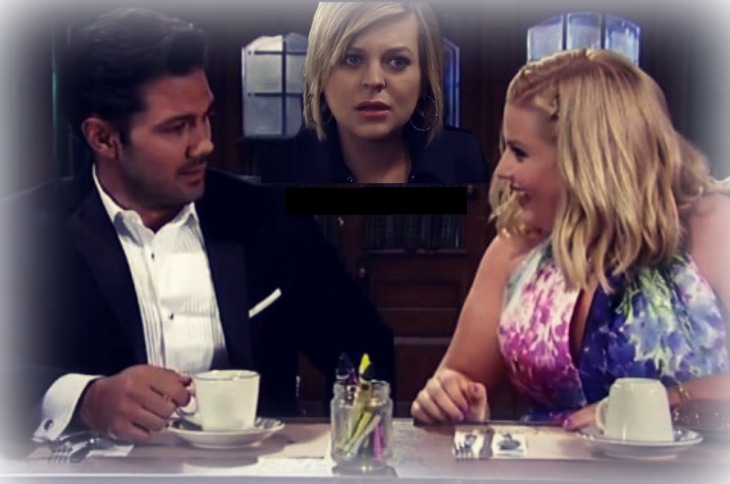 General Hospital’s Nathan West (Ryan Peavey) and Amy Driscoll (Risa Dorken) have been keeping a big secret and it’s about to come out! What will happen next will be sure to surprise you.

GH spoilers tease that Nathan West and Amy Driscoll are going to get caught up in the lies they have been telling. As we all know Nathan West has been pretending to be the writer of Ask Man Landers in which we know he is not, but he is trying to help a friend in need. Their publisher Quinn (Jennifer Bassey) has no idea, but she is about to. So how do you think she will handle the situation once she learns the truth? Do you think she will be compassionate towards Amy?

Once Quinn finds out what’s going on she is not going to be the least bit happy being that The Man Landers campaign will implode and they will also lose the trust of all the readers they have built, so now she will have to find a way to turn this around. Quinn may not be the type to put up with duplicity but then again with her intellect she may just be able to flip the script and turn the situation to her advantage. Nathan and Amy have not only been trying to hide the truth from Quinn but Nathan’s wife Maxie (Kirsten Storms) as well. So she is another one they will have to answer to once the truth comes out. Could it be that Maxie is the one that exposes them to start with?

Maxie Jones West recently started looking into the whole Ask Man Landers herself and is dead set on finding out who is the Man behind this. With the investigating skills she has learned from her best friend Spinelli (Bradford Anderson) it’s very likely that she could be the one to uncover the truth.

So make sure to stay tuned to ABC’s General Hospital to see how this all plays out. Don’t forget to check often with Soap Opera Spy for all your latest spoilers, news, updates, and much more.