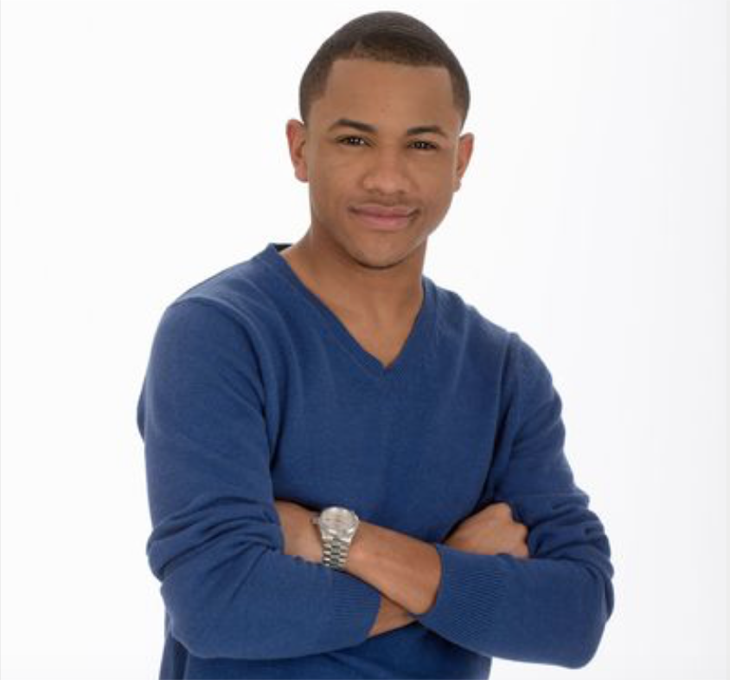 Our favorite soap stars are slowly starting to become just as ubiquitous in other television shows, as Hulu picks up graduation comedy ‘All Night’, starring General Hospital’s Tequan Richmond.

Tequan Richmond (TJ Ashford on General Hospital) stars in the AwesomenessTV original TV series, which reportedly, “finds a group of recent graduates taking part in a lock-in graduation party where they spend an entire night doing whatever it takes to make what’s left of their time in high school come true.” According to reports, Richmond will be playing a character named Christian, and the 10-episode half-hour comedy is set to premiere in 2018.

The show has an impressive pedigree behind it, with Jason Ubaldi creating the show and Brian Dannelly directing (both are veterans of ‘Girlfriends’ Guide To Divorce’). Ubaldi and Dannelly will also be executive producing the show, along with Shelley Zimmerman, Jordan Levin, Joe Davola, and Brett Bouttier. The cast largely contains experienced TV vets, co-starring Noureen DeWulf, Chance Sutton, Kate Flannery, Ty Doran, Chris Avila, Tom Maden, and Tetona Jackson, just to name a few. There are more than a few soap opera veterans on that list, so Tequan Richmond won’t be the only one.

After Laura Harrier broke out in this summer’s ‘Spider-Man: Homecoming’, and more soap stars begin making their way over to long-form cable TV, you’ll have to wonder where the line between ‘soaps’ and non-soaps begins to blur. The four longest running and popular soaps on TV – of which General Hospital is one – will likely remain that way for some time, but Tequan Richmond is just one of the few actors who has begun testing their hand at cable comedy shows.

AwesomenessTV has also built itself a strong reputation as an up-and-coming player in scripted television – especially with comedy – and Richmond’s role could serve as a breakout if the show is received well enough. ‘All Night’ will actually be the second series from AwesomenessTV that will be exclusively available via Hulu, as second season of ‘Freakish‘ will be premiering this October on the same streaming device.

What do you guys think about Tequan Richmond starring in AwesomenessTV’s ‘All Night’? Do you think his transition from General Hospital to a half-hour comedy series will be successful, and will you be tuning in to Hulu to watch the show? Let us know your thoughts in the comments below.

Days of Our Lives Spoilers: Lucas Traumatized, Wakes Up Next to Anjelica’s Dead Body