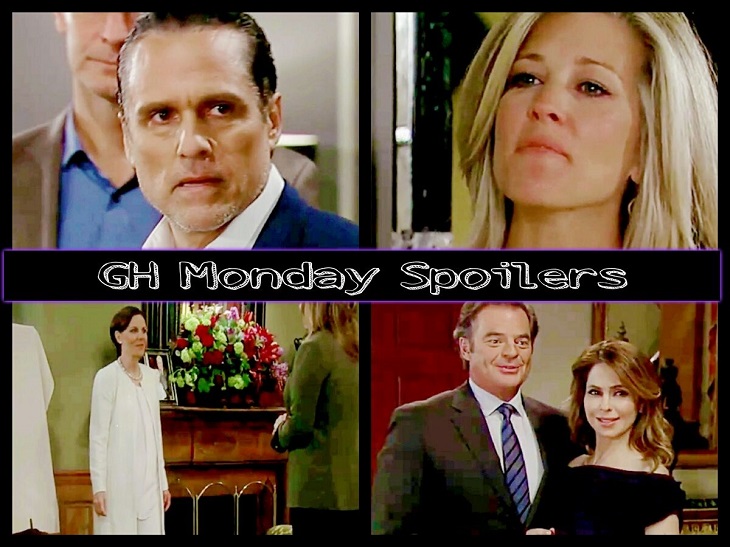 General Hospital spoilers for Monday April 17 tease another exciting episode of the ABC drama is set to air, and GH fans won’t want to miss the excitement.

General Hospital spoilers indicate that the Jax – Carly – Sonny love triangle is only going to get messier before it gets sorted out.  Sonny Corinthos [Maurice Benard] seems to have gotten the short end of the stick.

Related: 44th Annual Daytime Emmy Awards News: Here’s How You Can Watch The 2017 Emmy’s This Year!

Not only did Nelle [Chloe Lanier] make it appear that they slept together, but Carly [Laura Wright] turned around and slept with her ex Jax [Ingo Rademacher] rather than entertain the idea that Sonny really might be innocent.

The General Hospital preview for Monday’s episode of GH shows a heated confrontation between Sonny and Jax, with Carly right smack dab in the middle.

Spoilers indicate that Carly is not in the mood for Sonny’s vengeance, and promptly orders him to get out of the house and leave her and Jax alone. 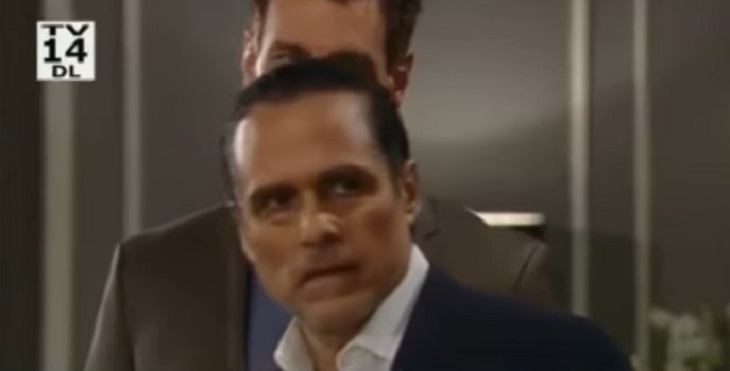 Meanwhile across town, Tracy Quartermaine [Jane Elliot] proudly prepares to unveil a painting in the Quartermaine mansion, however Monica doesn’t seem too impressed.

The rest of the Quartermaine’s have cause to celebrate though – Dillon [Robert Palmer Watkins] is thrilled about his big brother Ned’s engagement to Olivia Falconeri [Lisa LoCicero].  GH spoilers show Dillon snapping photos of the happy couple and Kiki [Hayley Erin] encouraging them to shout “Wedding Bells!”

The GH spoiler video for Monday’s episode of the ABC soap shows Alexis creeping around outside late at night, investigating a suspicious noise.  Suddenly, she realizes she’s not alone.  Is she about to come face to face with her not so dead husband?  Let us know what you think in the comments below and don’t forget to check Soap Opera Spy for more GH spoilers and news right here!