General Hospital Spoilers: This Week The Fall Out Begins As Patient 6 Becomes Jason 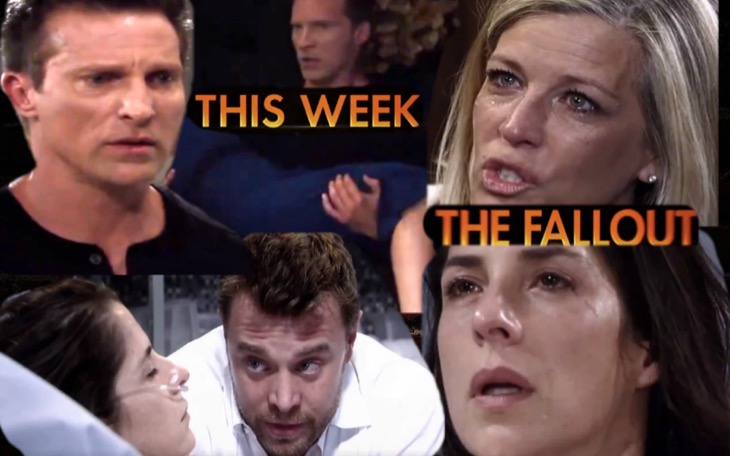 General Hospital spoilers indicate that the fall out is about to begin as Patient 6 (Steve Burton) is revealed as Jason. As a matter of fact, everything is about to hit the fan as the real Jason is determined to reclaim his life and his wife Sam (Kelly Monaco).

Spoilers tease that Sam is going to be rescued by a man that was once very close to her, but the problem is, she’s been knocked out unconscious. That hero of course is Patient Six. Meanwhile, the other Jason (Billy Miller) is on a mission to find his wife. He knows that Sam is in trouble and he feels responsible for it.

Patient Six’s life is in jeopardy as well. He’s facing a threat made by Dr. Klein and Andre. But that won’t stop him from saving Sam by diving into the water and saving her in the nick of time. Meanwhile, Sonny is explaining to Carly that Patient Six is the real Jason Morgan. Unfortunately, she’s confused about it but when she meets Patient 6 she realizes it is her Jason and tells him that Sam deserves to know he is alive!

Of course, fans will just have to tune in to see what will happen next. It’ll be interesting to see Sam’s reaction once she realizes that the man who saved her is actually her husband. It’s without a doubt that she’ll be confused, but hopefully, everything will register sooner rather than later. It’s the real Sam and Jason reunion that fans have been waiting a very long time for.

Then again, Sam did make her current husband take a DNA test to confirm that it was him. The two Jason’s saga might very well turn ugly, especially if Sam continues to have her doubts. Patient Six will have to do more than just jump through hoops to prove his true identity.

General Hospital airs weekdays on the ABC network. Let us know what you think by leaving us a line with your thoughts in our comments section below. Also, don’t forget to check back with Soap Opera Spy for all the latest news, updates and spoilers on General Hospital and all of your favorite daytime television shows right here.

The Young and the Restless (YR) Spoilers: Halloween Sparks Change in Genoa City

The Young and the Restless Spoilers: Jack Planning A Face-Off, Graham’s Biological Father to Be Revealed