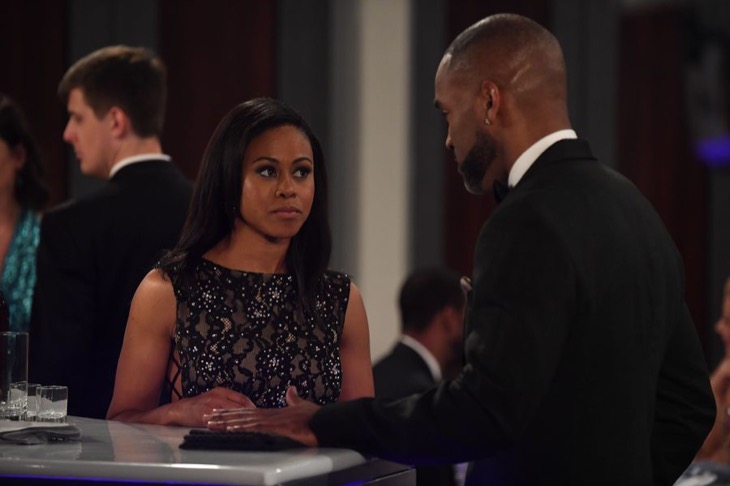 General Hospital (GH) spoilers reveal PI Curtis Ashford (Donnell Turner) has been dealt a huge blow when he not only ended his relationship with PCPD Police Commissioner Jordan Ashford (Vinessa Antoine) for the sake of his dear aunt Stella Henry (Vernee Watson); but now is taking care of his ailing aunt ensuring she lives in peace, lowering her risk of another stroke.

Of course, Curtis is still deeply in love with Jordan, but right now staying away from her is the right thing to do, at least in his mind. Sources reveal Curtis needs a serious distraction from his emotional woes and when he is offered a job, it would be the perfect thing to occupy his mind but the proposition entails betraying a friend; is Curtis willing to end a friendship over a job?

General Hospital spoilers tease that Curtis will truly struggle with the new job offer; he will be asked to betray one friend by investigating another. Unfortunately, if he takes the job, he may go down a path he cannot come back from and when he discovers things during his investigation, his conscience may get the best of him. Will Curtis do the unspeakable or will he be a man of his word – the Curtis, GH fans have grown to love?

Related: General Hospital POLL: Who Do You Like Franco With the Best – Nina or Liz -VOTE

GH’s Curtis Ashford has been involved with Jordan Ashford for a while, fighting really hard to win her heart back while she was romantically linked to Dr. Andre Maddox (Anthony Montgomery); but she isn’t the only woman in Port Charles that Curtis has great chemistry with.

He has an incredible friendship with Samantha “Sam” Morgan (Kelly Monaco) and Hayden Barnes (Rebecca Budig) but was also close to Nina Reeves (Michelle Stafford); but that all fails in comparison to his friendship and partnership with Jason Morgan (Billy Miller).

Remember when they were digging through the dumpster and he screamed over the rats? How about when Curtis and Jason were locked in the burning building? Who doesn’t love their friendship and hopes Curtis’ new job proposition has nothing to do with Jason?

Be sure to tune into ABC’s General Hospital (GH) to catch up on everything happening in Port Charles and see who Curtis could possibly betray. Check Soap Opera Spy often for General Hospital updates, news, rumors and spoilers!

The Young and the Restless Spoilers: Victor Limits Nick’s Privilege – Both Newman’s Share Blame for Discord