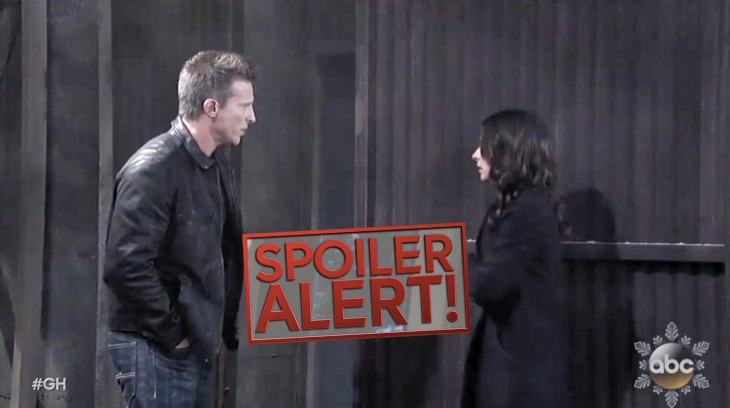 General Hospital spoilers indicate that something might be brewing between Jason Morgan and Sam. Now that it’s been established that Patient Six is in fact Jason Morgan, he’s been trying to reach out to Sam in hopes that she might still have some leftover feelings for him. Also, Drew finds out that Oscar is his son while Michael and Nelle deliver shocking news to Carly.

Even though Sam has been fighting for her husband Drew, she’s been reaching out to Jason for help. She knows that she loves her husband and as any dedicated wife would do, she’ll stand up for Drew. But at the same time there’s no denying that there are some leftover sparks between Jason and Sam. In one scene Jason makes his feelings clear when he begs her not to leave him.

Meanwhile, Drew has another huge issue to deal with. Not only is he trying to prove to everyone that he didn’t abandon his duties as a Navy SEAL, but there’s also the possibility that he might have had a son with Dr. Kim Nero. He is in for a surprise when he finds out that Oscar is his teenage son.

If that weren’t enough, a very smug Nelle and Michael give Carly a Christmas surprise that she definitely wasn’t expected. The couple deliver the news that Nelle is pregnant, leaving Carly in complete shock.

General Hospital airs weekdays on the ABC network. Tell us, do you think that Sam and Jason will get back together again? Will Sam in fact leave her husband for the man that is the real Jason Morgan? Seeing all the unexpected twists and turns that have happened in recent weeks, General Hospital fans know that anything can happen at this point.

In the meantime, let us know your thoughts in our comments section below. Also, don’t forget to check back with Soap Opera Spy for all the latest news, updates and spoilers on General Hospital and all of your favorite daytime television shows right here!