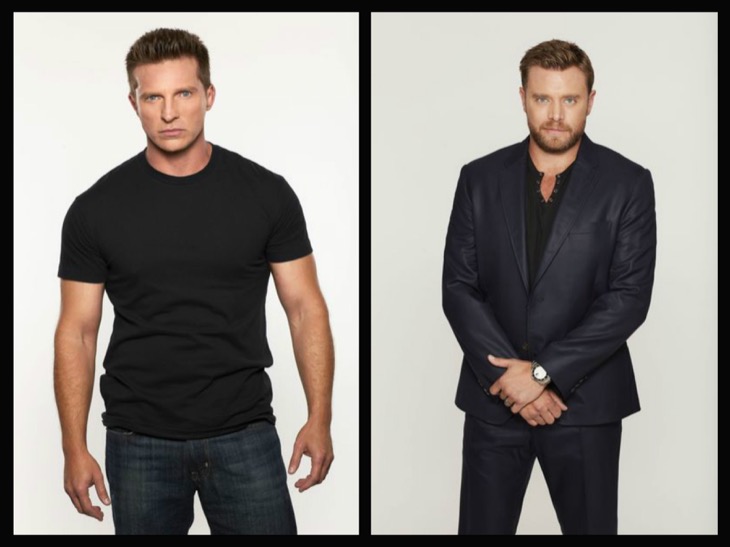 General Hospital spoilers indicate that fans will finally get all of the answers that they have been looking for in the ongoing two Jason’s saga. As a matter of fact, spoilers tease that the real Jason Morgan will be revealed as soon as next week. Is Port Charles even ready for this?

Apparently, it’s Franco who has been keeping the secret about Patient Six’s (Steve Burton) real identity. Fortunately, everyone will find out the truth soon enough when Andre lets the cat out of the bag after Jordan convinces her ex to finally come clean.

Related: General Hospital POLL: Who Do You Think The Real Jason Morgan Is? Vote!

But right before the real Jason is revealed, the current Jason Morgan (played by Billy Miller) will beg his wife Sam (Kelly Monaco) to believe him, no matter what. According to head writer Shelly Altman, she tells Soap Opera Digest that it will be his last ditch effort to save his marriage and of course, himself before his life comes crashing down.

“She loves the life they’re trying to build and the life he’s promised her,” Altman tells Digest. “But she’s always been the ride-or-die woman. It’s a really, really difficult position she finds herself in now and will continue to.”

Then again, Shelly says that this is only the tip of the iceberg. Yes, fans will finally get the big reveal but there’s more to this back story. Plus, no one knows what’s next for both Jasons.

“The reveal of who is who is only the next little step in this very big story,” she says. “It’s not the ending at all, that’s for sure, because obviously a number of characters are going to be profoundly affected by learning the true identity of these two men. It’s just the bridge to the next really huge arc of this story.”

General Hospital airs weekdays on the ABC network. Tell us, who do you think is the real Jason Morgan? Is it Patient Six? Or is it the current Jason, Billy Miller?

Drop us a line with your thoughts and comments below! Also, don’t forget to check back with Soap Opera Spy for all the latest news, updates and spoilers on General Hospital and all of your favorite daytime television shows right here.

Days Of Our Lives News: Victoria Konefal Set To Make Her DOOL Debut – Ciara Headed Back To Salem