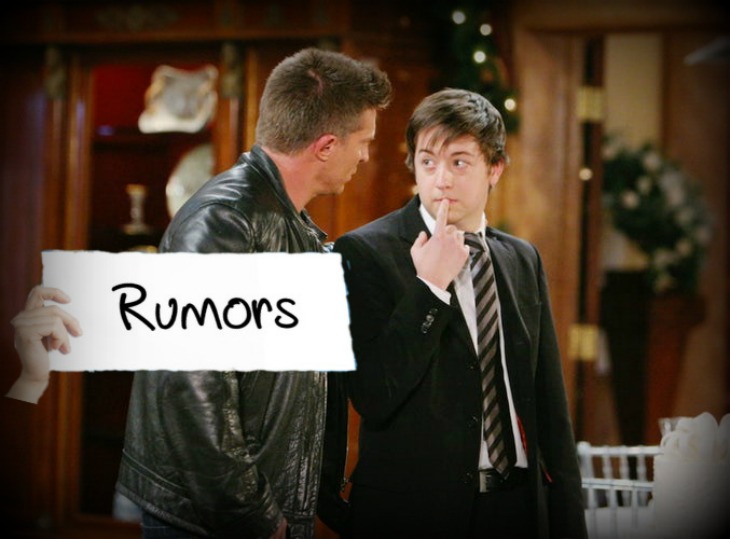 General Hospital (GH) rumors reveal that Steve Burton’s return could bring Bradford Anderson’s Damien Spinelli back to Port Charles. Apparently, according to Twitter, an inside source claimed that Anderson is in talks to come back on contract status.

The GH fans would love it if Bradford agreed to come back on contract status. No more popping in and out of Port Charles and leaving in a matter of days. The actor has remained busy and couldn’t fit General Hospital in his daily schedule. However, the source teases that his situation may have changed.

Related: Nathan And Amy Play With Fire – Will They Get Caught

Executive Producer, Frank Valentini teased Spinelli’s return on August 17 via Twitter. It sounds like Damien is back to use his Jackal computer program to help find out the identity of Man Landers. The answer to the man’s identity is right under their nose.

The rumor on social media is that Steve Burton will return as Stone Cold and Bradford Anderson will stay as Spinelli (on contract status). The GH fans believe that Jason will undergo surgery during the week of August 28, which supposedly will eventually lead to the big reveal that Billy Miller’s Jason is not the real Jason.

With Steve back on contract status with GH, it seems like a likely assumption that his BFF Bradford Anderson would want to join the cast full-time. The General Hospital rumor is that Anderson has been offered a contract numerous times, but he always turns it down. Perhaps, with Burton back, he will stick around for a while.

General Hospital spoilers suggest that Steve’s first air date with be September 18 (approximately) and he will be sticking around a while. What does that mean exactly? The EP stated that Burton storyline would take nine months to unfold. So, brace yourself, GH fans, it will be a slow-moving storyline.

At some point in Jason’s storyline, they will need Spinelli’s expertise. He will need to come to help prove which one of the Jasons is the real deal. At this point, it’s all rumors based on Anderson and Burton’s friendship and the current direction of the storyline.

The Bold and the Beautiful Weekly Spoiler August 28 to Sept 1: Spectra Up In Flames – Bill Threatens Liam – Sheila Strangles Quinn