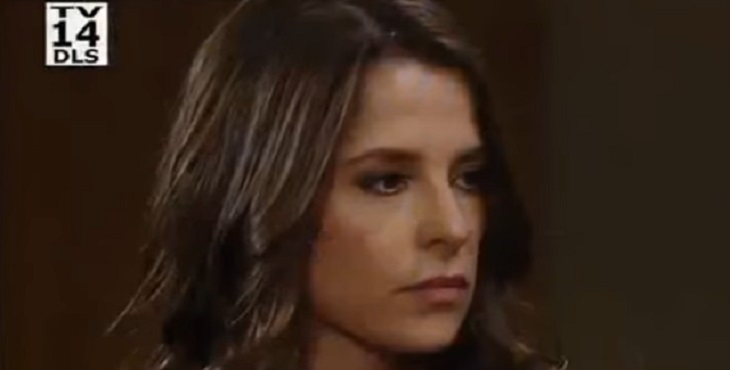 Monday’s April 10 episode of General Hospital begins with Alexis (Nancy Lee Grahn) arriving home after a visit at the spa. Det. Nathan West (Ryan Paevey) stops by to inform her about someone using Julian’s (William deVry) credit card. Alexis has the impression Julian has money stashed and wouldn’t use his credit card. Nathan explains the jacket they think belongs to Julian had a bullet hole and blood on it. They both agree to let the other know if anything comes up. Nathan leaves.

Jake surprises Franco (Roger Howarth) by showing up to his art studio. Aiden and Cam were busy and sitter was texting so he went out the back door.

Jake had to see for himself why Franco doesn’t want to be his friend anymore. Franco tells Jake he doesn’t want to see him get into trouble and needs to take him home. Jake begs to stay.

Jason says they’ll present a united front for Jake. Sam says she will too. Liz asks why Sam is allowed to be involved when Franco isn’t. Jason says there is a massive difference between Sam’s role in Jake’s life and Franco’s. Jason gets call from Franco about Jake being at his place. Liz and Jason leave.

Liz and Jason arrive to Franco’s to get Jake. Jake thought he could trust Franco. Liz and Jake wait in the car for Jason. Jason tells Franco his place is off limits for Jake. Franco says Jake is more comfortable with him. Jason says that’s because you’re a great manipulator. Liz walks back in. Jason and Franco say they worked it out. Liz kisses Franco goodnight. Liz and Jason leave with Jake. Franco finds the long sheet of white paper with Jake’s drawings. Franco says Jake left this for him to find. 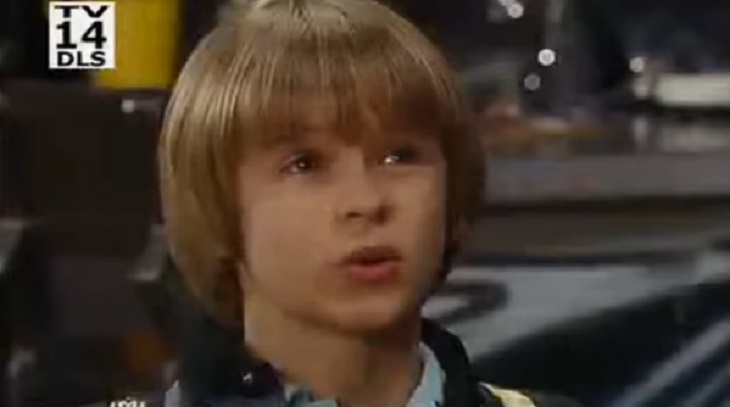 Alexis arrives to Sam’s house. Sam admits she knew Nathan was going to stop by. Sam admits Curtis (Donnell Turner) is trying to find out who used Julian’s credit card. Sam shows Alexis the photo taken at the gas station of the person using the pay phone. Sam is interrupted by a call from Curtis. Sam updates Alexis that Curtis discovered a young runaway found Julian’s credit card on a dirt road and used it to purchase the ticket. Alexis says this still doesn’t prove if Julian is still dead or alive.

Nathan finds Kristina at Perks and tells her he feels Alexis is holding something back. Nathan fears Alexis could be putting herself in danger.  While Alexis is visiting Sam, a man wearing a dark hoodie enters her home.

Michael (Chad Duell) tells Kristina (Lexi Ainsworth) while she has been busy studying their family imploded. Michael updates Kristina on Sonny sleeping with Nelle. Michael seems sympathetic to Nelle while Kristina hopes she crawls back in to the swamp she crawled out of. Michael explains Nelle is staying in town. Kristina encourages Michael as a big brother to step in and fix this situation with Carly and Sonny.

Nelle (Chloe Lanier) tells Sonny (Maurice Benard) the booze isn’t the only reason he can’t remember them sleeping together. She admits putting an old sleeping pill in his drink, undressed him, put him in bed, and undressed herself, got in bed with him. The next morning she pretended to be upset over betraying Carly.

Sonny’s upset Nelle tore his life apart. “There’s something wrong with you. How do you think I’m going to react” Sonny replies to Nelle. Sonny doesn’t believe she woke up this morning with a guilty conscience and decided to confess. Michael walks in and is surprised to see Nelle at Sonny’s. Nelle starts to leave but Sonny tells Michael about being drugged. Sonny tells Michael to tell Nelle to stay out of their lives forever. Sonny leaves to tell Carly.

Nelle tells Michael she thought drugging Sonny was a decent thing to do because she didn’t want to actually sleep with him. Michael tells her what she did was illegal. Nelle wants to work this out but Michael tells her to leave. Nelle couldn’t take it if Michael hated her. Michael says it’s not his job to fix her and shuts the door on Nelle.

Carly (Laura Wright) tells Jax (Ingo Rademachet) kissing isn’t a mistake and she doesn’t’ want to stop. She takes his hand and leads him upstairs to her bedroom. After being intimate Carly tells Jax she hasn’t felt human since Morgan’s death. Jax says both of them needed this. Carly has no regrets and goes downstairs wearing a robe, to get white wine.

Sonny arrives to Carly’s house. She says it’s not a good time for him. Sonny has something to tell her and its going to change everything for them.

The Young and the Restless Spoilers Tuesday, April 11: Nikki and Nick Furious At Victor – Ashley and Jack Have a Showdown – Chloe’s In Canada