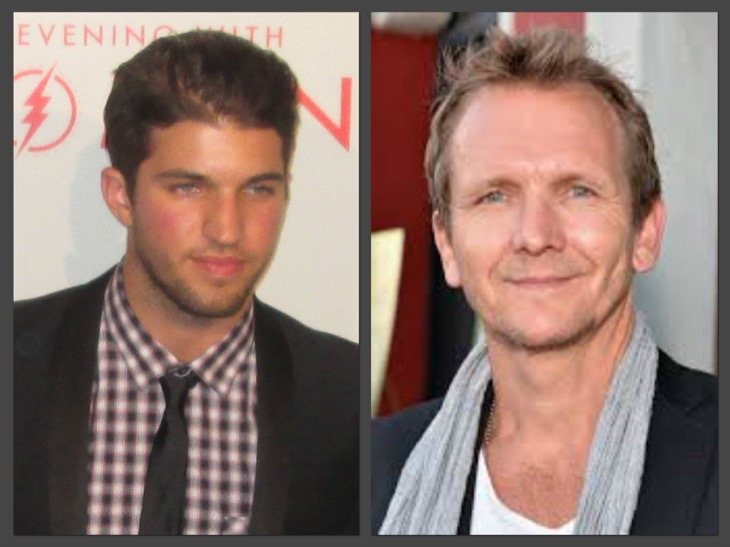 It looks like two General Hospital fan favorites are set to unite for a very exciting new drama series. Reports indicate that Bryan Craig and Sebastian Roche will reunite for The CW’s highly-anticipated new series, Valor.

The show is a serialized military drama/conspiracy thriller starring Matt Barr. The show will take place in the present as well as in flashbacks to a failed mission involving one of the first female pilots in the unit. Viewers will also see the show’s characters uncover personal and government secrets that will lead to a season long plan to rescue a group of missing soldiers.

So far not much is known about Bryan and Sebastian’s roles on the show, although Bryan did share a new Instagram photo with his former General Hospital co-star from the set. He captioned it with, “Have the pleasure of working with this talented past GH costar this week.”

And while Bryan did say that he would love to return to his General Hospital roots, it looks like he’s been keeping busy elsewhere in Hollywood. He has several new projects in the pipeline, including American Fighter and Ride. As much as fans would love to see him on General Hospital again, it doesn’t look like he’ll be reprising his role as Morgan Corinthos anytime soon.

So far Bryan Craig nor Sebastian Roche have made any comments about their super secret roles on the show. Valor will debut on The CW network on Monday, October 9. Fans will just have to tune in to see Bryan and Sebastian in action! Drop us a line with your thoughts and comments below. Also, don’t forget to check back with Soap Opera Spy for all the latest news, updates and spoilers on General Hospital and all of your favorite daytime television shows right here!