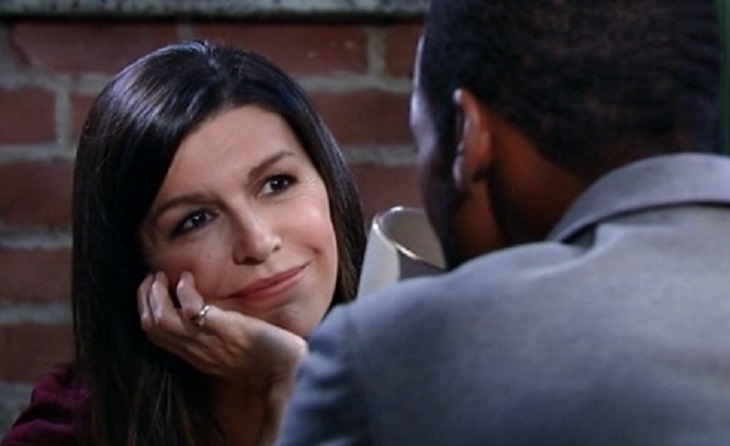 General Hospital spoilers indicate that there might be a new romance developing for Anna and Andre. In fact, actor Anthony Montgomery hinted that while the on-screen duo are just friends for now, there’s a strong possibility that fans might see more of them together in the coming weeks.

Anthony opened up about his role on Twitter with his fans. Now that Andre and Jordan are no longer together, there’s a chance that he might have his sights set on Anna (played by actress Fiona Hughes). After all, the two have incredible chemistry and fans recently enjoyed one particular scene in which Anna and Andre playfully danced together.

And according to Anthony, he would love to see his character get more air time on the highly rated soap. But that’s only if the writers have a good storyline for Andre and Anna.

The actor said, “I’m not sure what the writers have in store. Andre will always love Jordan, but he has a real connection with Anna. It makes sense to me to see what Anna and Andre could be together. I think Anna and Andre could develop into a terrific couple. They already have a strong friendship, so I think it could definitely work.”

And while Andre’s lack of screen time has many of his fans worried, Anthony wants everyone to rest assured that he’s not going anywhere anytime soon. He added, “Andrew will be around! Stay tuned!”

General Hospital airs weekdays on the ABC network. Tell us, what do you think is next for Andre and Anna? Should they take their relationship to the next level? Of course, viewers will have to tune in to find out what’s in store for them and their future.

Let us know what you think by dropping us a line with your thoughts in our comments section below. Also, don’t forget to check back with Soap Opera Spy for all the latest news, updates and spoilers on General Hospital and all of your favorite daytime television shows right here!