Empire Season 4 Spoilers: The Lyons Family is Back Together Again 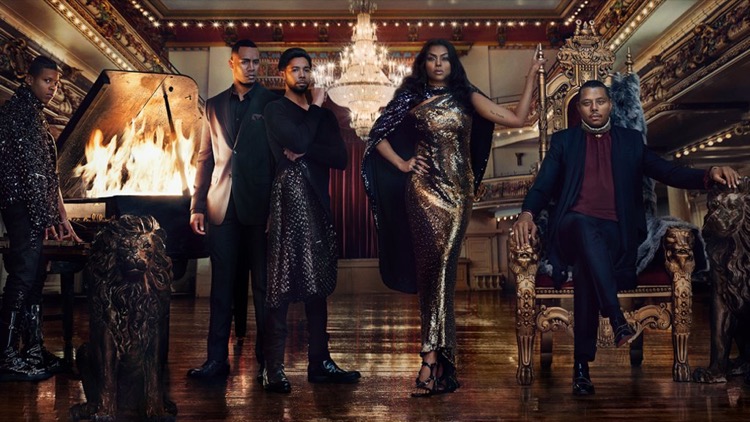 ‘Empire’ Season 4 spoilers indicate that the Lyons family is together again, but not for too long. A new photo for the Lucious (Terence Howard), Cookie, (Taraji P. Henson), and their three sons (Bryshere Gray, Jussie Smollett, and Trai Byers all posing for a family photo.

Many eagle-eyed fans noticed that Cookie, Hakeem, and Jamal all have on glittery fabric on their outfits, which some viewers think might symbolize a fight for power or even a split between the three and Lucious and Andre. What’s more, Hakeem can be seen playing a burning fire, which many believe means lots of trouble to come. If that weren’t enough, other viewers believe that the stylish Lyons family might be deliberately ignoring a crisis unfolding right behind them. Whatever the case, viewers will find out the truth soon.

Back in May it was reported that the ‘Empire’ Season 3 finale saw Lucious and Cookie back together again. But their reunion was short lived. That’s because of a major explosion that almost cost both of their lives. Lucious saved Cookie’s life by pushing her out of the way before their Shine’s car exploded. Lucious ended up spending three months in the hospital. When he finally woke up, he didn’t remember anyone, including his own family.

So does this mean that Lucious and Cookie are finally back together again? Of course, ‘Empire’ fans know that anything can happen at anytime. And knowing how volatile their relationship has been in the past, their peace might not last forever.

‘Empire’ Season 4 returns September 27 on the FOX network. Let us know what you think by dropping us a line with your thoughts in our comments section below. Also, don’t forget to check back with Soap Opera Spy for all the latest news, updates and spoilers on ‘Empire Season 4 right here!