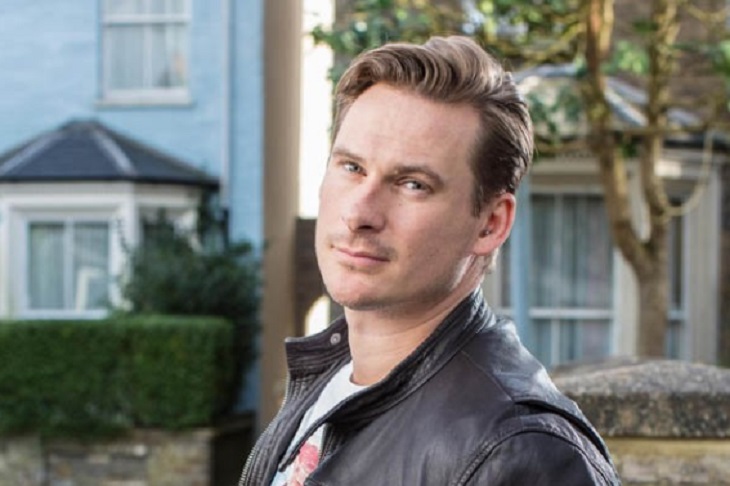 This week on EastEnders Whitney (Shona McGarty) was left Blue when callous Woody (Lee Ryan) jetted off without her to sunny Spain. Maybe he wanted the frequent flier miles all for himself?

But exciting news now reveals that the hunky bar man won’t be able to quit Whitney as easily as he thought. Yes fans, Woody will return to see another sunrise in Walford, but will he return alone?

Loyal fans were left gob smacked when it turned out to be Woody who did the dumping. All along Whitney has been conflicted about leaving her home turf and accompanying Woody on his new venture managing a pub in Spain.

After some tense moments where it was anyone’s guess if she would end up leaving or not, the skies parted and it seemed as if these tumultuous two would have their happily ever after.

Not so fast amigos! Woody gave new meaning to the term kicked to the curb when he spectacularly left Whitney out to dry at the train station. Who thought that he had that in in him?

Even hard core Whitney haters felt pangs of sympathy for the poor wishy-washy girl as she waited and waited for her man all bundled up in her furry hound’s-tooth jacket.

When she finally found his Dear Whitney note, all she could do was resign herself to being dumped.

But maybe not after all. According to Digital Spy, Ryan simply had to make some time in his schedule for his Blue obligations.

Fans know that the multitalented hunk has kept busy balancing both the soap and the band since he debuted on EastEnders in April.

The gorgeous guy was originally scheduled as a guest star but it was almost a fait accompli that fans would be wowed by his presence.

After his initial appearance, Ryan was signed by the show and his character came back to the Queen Vic during the summer.

The Young and the Restless Spoilers: Chelsea Freaks Out After Victor Blackmails Her