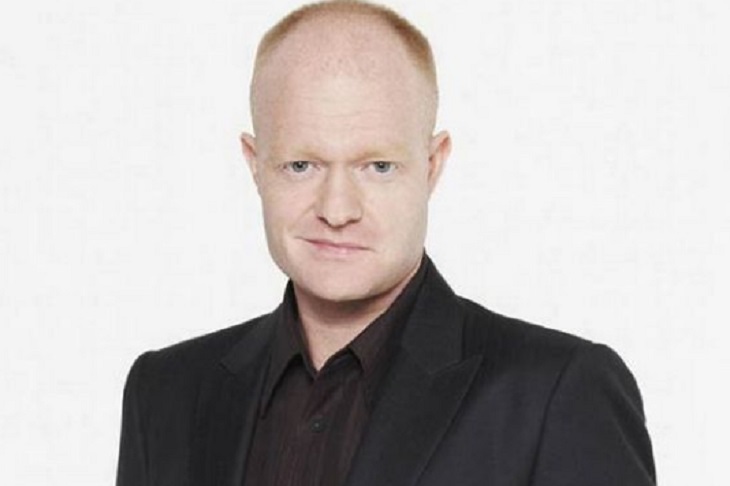 It’s been a long time coming but next week Mad Max Branning (Jake Wood) finally gets what he deserves on EastEnders. But will he do something drastic and final as a way of spiting his enemies?

With everyone gunning for him, the evil mastermind might have the last laugh despite the volcanic eruption he’s brought to the Square on EastEnders.

A while back Mad Max hooked up with baddie James Willmott-Brown (William Boyd) to get payback on the townspeople who had him wrongly jailed for murder.

Now explosive EastEnders spoilers reveal that the whole revenge enchilada comes crumbling down, with Max being the fall guy.

He probably should have trusted his instincts and put his own plan into motion, because his downfall will be throwing in with Wilmott-Brown. There’s no honor among thieves, right?

With the tables turned on Max, he finds himself all alone among a crowd of braying wolves. With the knowledge of what Max has been up to all these months, no one has any sympathy for the con and everyone can now openly hate on Max with no regrets or compunction.

In a historic, must-see upcoming episode Max will be on the firing line as seemingly all of Walford stabs at him with their pitchforks.

The compelling scenes are ferocious as revealed in dramatic show photos, with Max hunched over in a chair as Mick (Danny Dyer) and Linda Carter (Kellie Bright) spew down venom upon the broken man.

Celebrated writer Simon Ashdown was in charge of the epi, and it looks to be a barnburner, as more Carters can be seen in the background of the smack down, chomping at the bit to take a bite out of the immaculately dressed bad guy.

EastEnders spoilers tease that after all is revealed, even Lauren (Jacqueline Jossa) and Abi (Lorna Fitzgerald) take turns piling on Max.

What will Max do now that everyone knows what he’s been up to? Brace yourself, because the astonishing answer may surprise you!

The Young and the Restless (YR) Poll: Will Y&R Create Hevon Sequel?