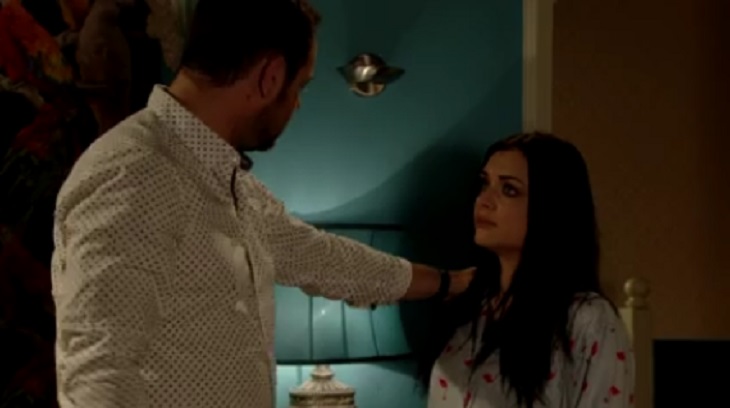 EastEnders spoilers tease that Lee Carter’s life is about to go from bad to worse.  Over the course of the last few months we have watched Lee’s dramatic spiral downward, while he appeared to be suffocated by the burden of the lies and deceit he was carrying around.  During the holidays, emotional EastEnders scenes aired that featured Lee Carter contemplating suicide.

EastEnders spoilers indicate that on top of Lee’s growing pile of problems, he might want to keep a close eye on his wife Whitney and father Mick Carter.

Lee and Whitney recently had a huge blow-up, Whitney walked out on Lee and went to Mick’s house to sleep there.  He was a gentleman and gave her his bed and went to sleep on the couch.

But, before they turned in for the night, Whitney and Mick shared a “moment” that has everyone buzzing.

Mick Carter, totally unimpressed with his son’s behavior these days, comforted Whitney and informed her that Lee “doesn’t deserve her.”  Anyone with two eyes could see the chemistry between Mick and Whitney, and it certainly isn’t the kind of chemistry you should be seeing between a man and his daughter-in-law. 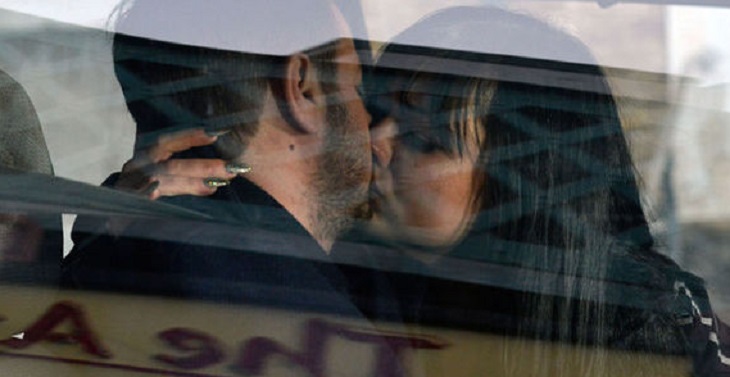 Let’s not forget, this isn’t the first time that EastEnders has broached this potential coupling.  About a year ago, Whitney implied that she had feelings fo Mick and in an awkward scene in a car, she planted a kiss on him.

With Lee Carter’s ongoing drama, it’s not a stretch to think that Whitney may gravitate towards Mick again.  And, with Linda out of town, Mick Carter doesn’t seem too appalled by the idea.

What do you think EastEnders fans, will Whitney cheat on Lee with his father Mick?  Share your thoughts in the comments below and don’t forget to check Soap Opera Spy for more EastEnders spoilers and news.

WATCH: ‘The Young and The Restless’ Preview Video Monday, January 23