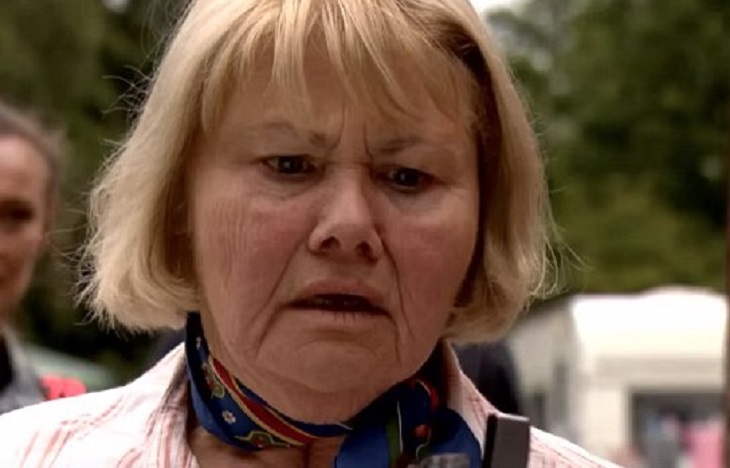 EastEnders spoilers and comings and goings confirm that Annette Badland’s exit from the soap opera is near and Aunt Babe’s reign of terror in Walford is coming to an end.

According to EastEnders casting news, Annette Badland confirmed she was leaving the BBC1 soap back in September 2016 and her final scenes are set to air in January 2017.  Badland began her stint as Aunt Babe back in 2013.

Interestingly, Aunt Babe’s final scenes coincide with a big disaster that soap insiders have been teasing.  Word on the internet is that the “big disaster” will be a bus crash in Albert Square.  And, it looks like Annette Badland will meet her maker during said bus crash.

Are you excited to see Aunt Babe go?  Or will you miss the character?  Let us know in the comments below and don’t forget to check Soap Opera Spy for more EastEnders spoilers and news!

‘The Young And The Restless’ News: Annalisa Cochrane Joins Y&R Cast As Zoey

‘The Bold And The Beautiful’ News: Watch B&B’s Pierson Fode In New Dan + Shay Music Video “How Not To”