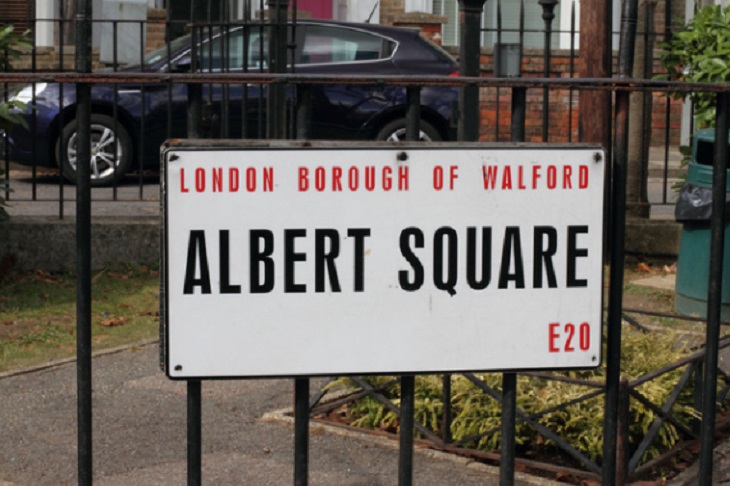 How much more tragedy can the less than sleepy town of Walford really take?  2016 went out with a bang on the BBC1 soap opera ‘EastEnders,’ and 2017 has packed a ton of drama in to just a few short weeks.

According to all new ‘EastEnders’ spoilers, there is plenty more tragedy to come this month.

Filming so many months ahead makes it a little difficult to keep ‘EastEnders’ episodes underwraps.

But, the ‘EastEnders’ cast and writers have managed to keep mum on a major storyline set to air next week on the soap.

Related: Did Roxy And Ronnie Mitchell Get A Proper Sendoff? VOTE!

‘EastEnders’ spoilers confirm that a “disaster is set to strike” Walford.  So far details are scarce on the upcoming disaster.

But, an ‘EastEnder’ insider did dish to Digitaly Spy, “As a continuing drama, it is not uncommon for events to be moved in order to tie in with other storylines.

Next week sees disaster strike in Walford, and these episodes all take place over one day, so in order for events to be played out in this way, other moments need to be moved slightly for story purposes.”

‘EastEnders’ fans can expect the big “disaster” to kick off on Monday January 23rd.  Now, the obvious question on every one’s minds is, what is this so called disaster?  Rumors are swirling that it will involve Lee Carter’s upcoming exit, and many characters will be affected.

What do you think is going to happen next week?  Share your thoughts and theories in the comments below and don’t forget to check Soap Opera Spy daily for more ‘EastEnders’ spoilers and news!

WATCH: ‘The Bold and The Beautiful’ Preview Video Tuesday, January 17