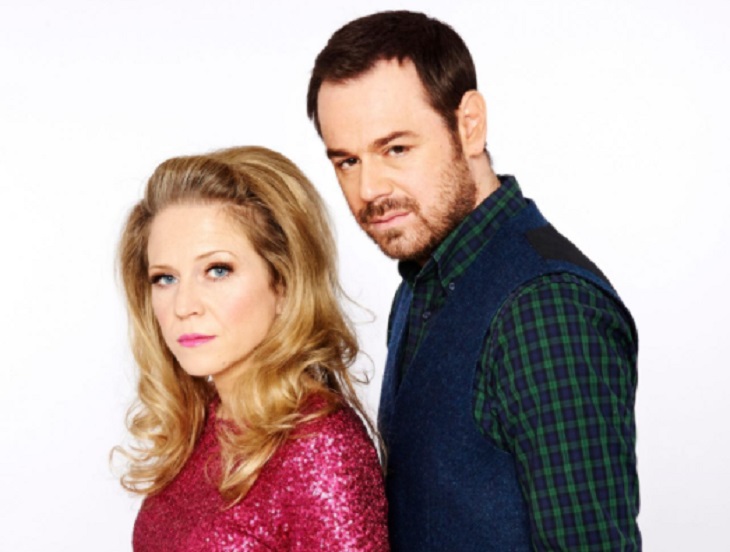 Real-life came dangerously close to reel-life Wednesday when an unscripted accident occurred on the set of EastEnders. The scary event took place during filming on location in Essex, when an ambulance flipped over while making a dramatic turn.

Although the scene involves Linda Carter (Kellie Bright) and Mick Carter (Danny Dyer), neither were not in the vehicle at the time. Crew members rushed over to the ambulance immediately after it landed on its side, and attended to the stuntman driving the vehicle.

Related: EastEnders Spoilers: Cora and Tanya To Return To The Square

According to the Daily Mail, a set side source reported that the driver was okay following the unfortunate incident. A picture from the set shows the bright yellow emergency vehicle soon after it plowed into a gigantic lorry.

The bottom of the ambulance is smashed into the side of the truck, and the passenger side is tilted precariously off the ground. It’s already being speculated that the spectacular, if unintentional crash will be now written into the script.

Sensational pictures from the location show Johnny Carter (Ted Reilly) bandaged and bloodied, barely able to stand as he’s hooked up to an IV drip. His mother is seen in a luminous pink outfit, climbing from the upturned ambulance, with blood coming from a nasty gash on her face. She had been riding in the vehicle with her son, and it appears that Mick was either following behind, or called to the scene after the crash.

Related: EastEnders Spoilers: Johnny Carter To Be Killed Off?

Jack Branning (Scott Maslen) is also involved in the dramatic crash aftermath. He appears to be performing some kind of heroics at the crash site, while authorities in bright orange uniforms dash about.

Most telling however, was the sight of an emergency medical helicopter which suggests that someone has an urgent medical issue following the crash, and fans are already speculating about who may be about to exit the cobbles! The mysterious crash plot is part of a larger storyline that has been teased as a one-of-a-kind soap story, and airs in September.