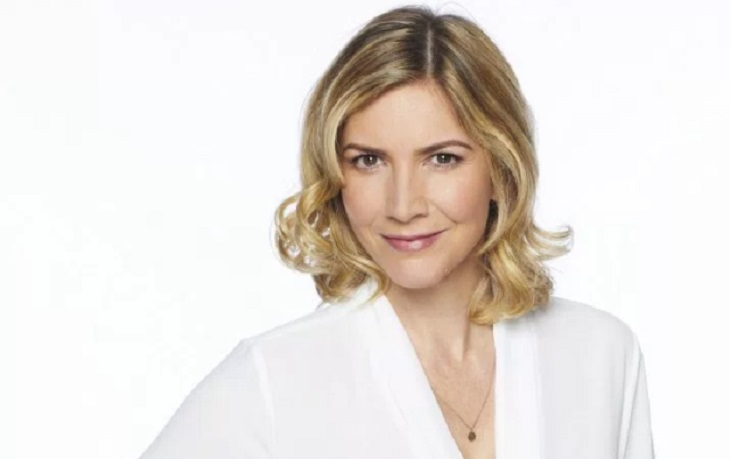 EastEnders viewers may have finally figured out who she-devil Fi (Lisa Faulkner) really is. Hurricane Fi came to Walford with a clear and definite agenda, but no clues as to her mysterious identity. But last week saw the steely businesswoman break down and show a different side of herself to, of all people, Queen Vic barman Mick Carter (Danny Dyer). Isn’t she trying to oust his family from the premises?

Anyway, Fi found herself getting emotional and vulnerable with Mick as she recounted the story of how her mother died. Unfortunately Fi’s mom took her own life, and sadly Fi was the one to find her.

During her catharsis with Mick, Fi referred to a brother more than once. And this unexpected revelation got viewers to speculating! Could Fi’s brother actually be someone who’s already in Walford? Is Posh Josh Hemming (Eddie Eyre) really Fi’s brother and partner in crime? He is if you buy into what fans are selling online! “Josh is Fi’s brother!!! Pieces falling together!  #EastEnders,” tweeted one viewer.

One resolute fan wrote, “Right I thought about this. Fi and Josh are siblings and their dad is Max’s boss.” And yet another seems convinced that he’s stumbled onto a surefire connection: “I should have known Josh was that rugby playing brother Fi was talking about. He’s always seemed like a rugby guy.”

But wait, there’s more! Another hot theory about Fi’s real identity involves a different angle regarding Josh. After viewers witnessed a phone call between them, some are convinced that these two are dating and that Fi is actually his girlfriend Imogen.

One fan summed up the sneaky conundrum by musing, “Is Fi ‘Imogen’ she can’t be his sister because she asked if he’s up for some fun. I’m so confused now!! #EastEnders.” Fi is supposed to be seeing Mad Max Branning (Jake Wood), so is he being played? Look out Max, there may be more than one cheating sneak slithering around Walford!

Days of Our Lives Spoilers: Brady Thinks Nicole’s Feelings for Eric Are More Important Than Holly