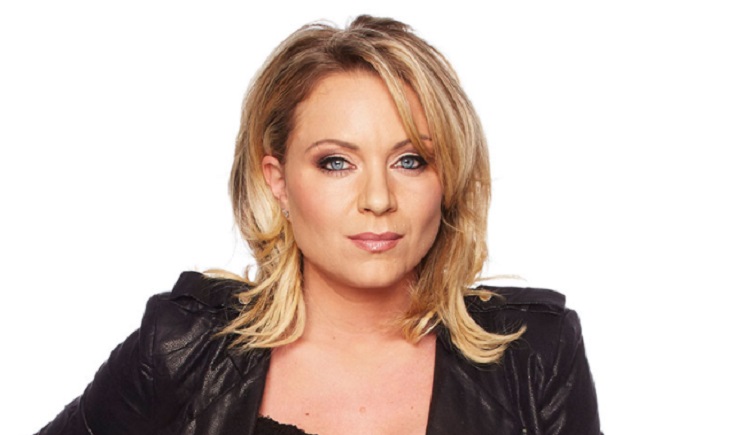 Is she baaaack? EastEnders fans are gob smacked with the prospect of Roxy Mitchell (Rita Simons) returning from the dead, and they have “proof,” that she’s already back in Walford!

The hit BBC One show just released a hot new trailer exposing what goes down in the New Year. And lo and behold, there’s Roxy in the shadows; or so some diehard fans think. Could it be?

Last New Year’s Roxy and her sister Ronnie (Samantha Womack) perished in a horrific double death scene just after Ronnie said “I do,” to the man of her dreams. Ouch, what a way to go!

But now a shadowy shot of a blonde is seen with Ben Mitchell (Harry Reid) at the Arches. We know that Ben isn’t long for Walford, with his portrayer set to go off to greener pastures. Does this mystery woman have something to do with his demise and departure?

EastEnders Fans are speculating online like mad, with one exclaiming that Roxy’s lifeless body was never shown on the soap.

Another clarified that Ronnie’s dead body was more visible than Roxy’s, so anything is possible.

One fan echoed the sentiment of millions of soap fans everywhere by acknowledging that even though they know Roxy is dead, they just don’t want to believe it!

And yet another added the cheerful suggestion that the show is using Roxy as an apparition of Christmas’s past. Now that would be clever!

What is certain is that fans were blindsided by the two sisters’ sad, sad demise which virtually no one saw coming. I mean, who gets happily married, goes up to the hotel rooftop that night (sans groom), gets smashed, and then drowns in the swimming pool? Madness!

Are loyal EastEnders fans just seeing what they want to see in the shadows of the show trailer? One thing’s for sure, some ardent viewers have never given up hope that the lively Mitchell sisters will one day make a triumphant return to the Square.  Has that time finally arrived?