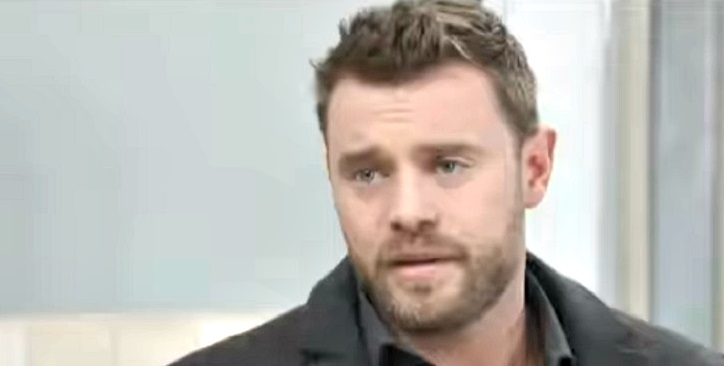 General Hospital (GH) spoilers for Friday, December 29, 2017 bring a lot of exciting moments as schemes unfold.  Couples are thrust together with propositions and schemes; secrets are exposed while others face dire consequences.  Friday’s episode is one GH fans will not want to miss!

General Hospital spoilers reveal Anna Devane (Finola Hughes) asks Dr. Hamilton Finn (Michael Easton) if he wants to stay.  Without hesitation, he tells her, he would love to be with her.  Is this the beginning of a hot romance between this awkward couple?  Will they finally give in to their attraction to each other?

At the New Year’s Eve party, Lulu Falconeri (Emme Rylan) exposes Nina Reeves (Michelle Stafford) to her detective husband, Dante Falconeri (Dominic Zamprogna) by revealing that Valentin Cassadine (James Patrick Stuart) is up to his neck in something, and Nina is covering for him.

GH sources show that as Lulu is taunting Nina, Cassandra Pierce (Jessica Tuck) has taken Valentin at gun point, after her guard had discovered the listening device in her phone.  She believes that Valentin is the traitor and has just ordered Eric to “beat the truth” out of Valentin.  Will Valentin reveal  he is working with Anna and Finn?

At General Hospital, Dr. Kim Nero (Tamara Braun) questions Andrew “Drew” Cain (Billy Miller) because he is at the hospital and was supposed to be with his fiance, Sam Morgan (Kelly Monaco).    Meanwhile, Sonny Corinthos (Maurice Benard) knows his wife, Carly (Laura Wright) is up to something, and confronts her, telling her that whatever she has planned for that night; it is not going to work.

General Hospital spoilers tease that Jason Morgan (Steve Burton) rushed over to the Haunted Star, as Carly had planned and is now with Sam Morgan, as Carly had planned.  They stare intensely into each others eyes as New Year’s strikes closer.  Will Carly’s plan to reunite them work?

Be sure to tune into ABC’s General Hospital (GH) on Friday, December 29, 2017 to catch up on all these stories and so much more.  Check Soap Opera Spy often for updates, news, rumors and spoilers!