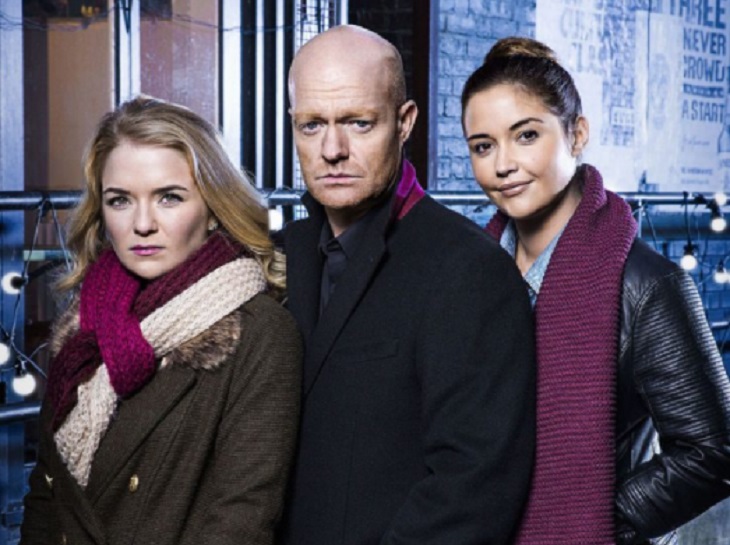 It’s official: the Branning family will be the heart and soul of this year’s EastEnders Christmas episodes—hurray! The celebrated BBC soap is going all out to treat fans to a viewing extravaganza, starting with a return hire.

Simon Ashdown, one of the sudser’s most recognized writers, has been tipped to write the special Christmas episodes.

Ashford played an integral part in the development of the Branning clan, and was responsible for some of the family’s most memorable moments. He was behind the 2007 Max and Stacey affair revelation, and figured heavily in the 25th anniversary live episode that featured Bradley’s death.

So, what better way to celebrate the show’s rich history than to have the complex Branning clan take the spotlight?

Ashdown comes back after a multi-year absence. From 1995 to 2013 the talented scribe was behind several of the show’s most dramatic plots and memorable storylines. The writer’s rise to the top saw him work his way up the ladder to eventually become the soap’s lead writer and series consultant.

In 2012 Ashford was awarded the Special Achievement prize at the British Soap Awards, for his participation in EastEnders.

And now he’s been asked to return and write some of the most epic Walford scenes to ever hit the airwaves.

At least one insider is promising that Ashford will definitely deliver the Christmas goodies: “ … in Albert Square, things are set to explode in catastrophic style. Secrets and lies are exposed and families are torn apart forever.”

And EastEnders’ executive consultant John Yorke echoed that sentiment saying he is delighted that Ashford has returned to the fold.

“Simon has delivered some of EastEnders’ biggest moments,” he said, “and I hope people will agree that his Christmas episodes are right up there with his very best work.”

What’s that, you can’t wait until the end of the month to gorge on this Very Merry Christmas treat? You’re in luck, because according to Digital Spy, on December 7, EastEnders will air a huge Branning-centric epi written by none other than Ashford himself!

Hollyoaks Spoilers: Surprise Wedding Proposal – Who Is Getting Married?