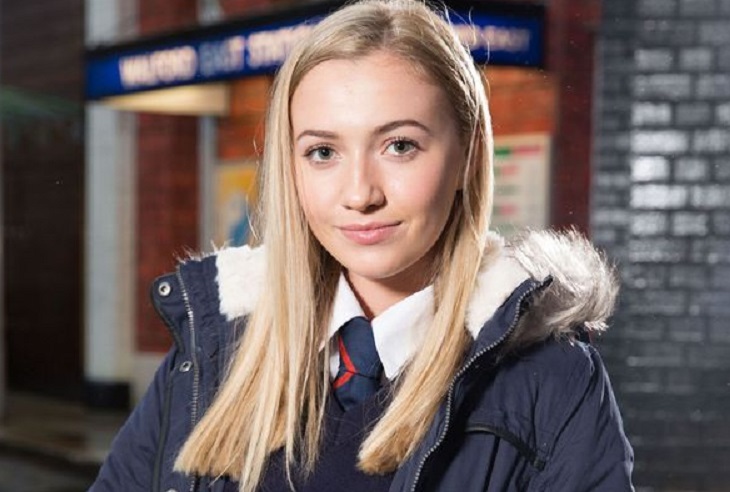 EastEnders’ Louise Mitchell (Tilly Keeper) hasn’t been on the square for a long time, but never the less we’re quite attached to her out going personality. She is a true Mitchell, argumentative, loud and full of drama. She joined the show in 2016, she whirl-winded back into her father Phil Mitchell’s (Steve McFadden) life.

Despite being on the show for such a short time she has become a fan favourite. Her role in a teen bullying storyline was very popular. However, there are sadly rumours that she may be leaving the show for good.

Louise has been slowly recovering from the incident earlier this year where she was pushed into flames. Her confidence was shaking after the attack, but she has begun to become herself again. She even showed her scars to her best friend Bex Fowler (Jasmine Armfield) which was a huge step in her recovery. So why leave now that she is in such a good place?

When asked about her role on EastEnders Tilly said this to The Sun, “You can never look past the end date of your contract.” Seems like Tilly doesn’t have faith that she’ll be kept on. Does she perhaps know something that we do not?  With so many of our favourite characters rumoured to be leaving, we must ask why? And for what purpose? Is this part of a bigger storyline?

What a hit that would be to the Mitchell family as her brother Ben Mitchell (Harry Reid) is also set to leave the show this Christmas. Alongside other huge characters such as Lauren and Abi Branning (Jaqueline Jossa and Lorna Fitzgerald), Ian and Kathy Beale (Adam Woodyatt and Gillian Taylforth). It is certainly going to be a sad Christmas if they all leave. Do you want some of these characters to stay?

Hollyoaks Spoilers: Luke’s Secret To Be Exposed – What About Mandy?