EastEnders Spoilers: Fan Uproar After Tracey Fired From The Queen Vic – What’s Next For Her At The Albert? 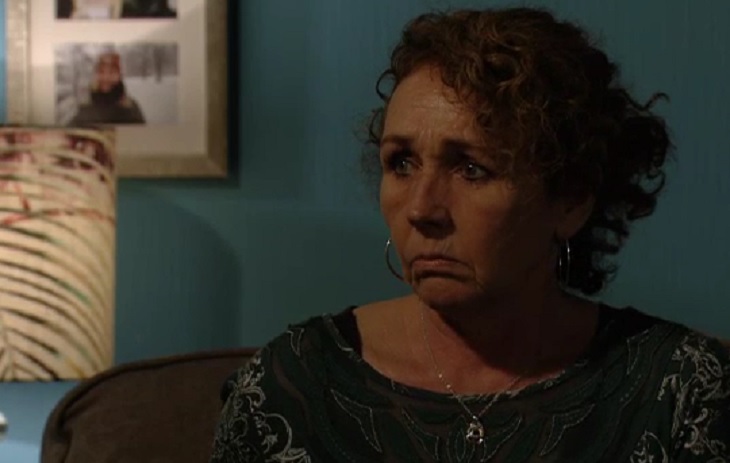 One of the longest-running characters on “EastEnders,” just got sacked and fans are furious! How could brash Woody fire barmaid Tracey after she toiled at the Queen Vic for 30 years?

Jane Slaughter has been a familiar face to fans for generations. Yet, proving that no one is safe in today’s brave new Brexit world, her alter ego Tracey was canned for being redundant! And the fact that her firing came at the hands of new barkeep Woody Woodward (former Blue singer Lee Ryan) is even more puzzling. First he kisses Tina, then he fires Tracey? Just who is this upstart?

Tracey’s firing was as contentious onscreen as it was off-screen. Although the Carter family tried to save their loyal employee, Woody wouldn’t budge. So naturally the Albert Square faithful took up for Tracey; they threatened to boycott the bar, and Ian Beale gave an impassioned speech in her defense.

Along the way fans learned a lot more about beleaguered Tracey. Who knew she was a double divorcee, and a cancer survivor? Tipped off that Tracey might be exiting the show, fans were just as vociferous in their support for the lovely lady.

“What do we want? JUSTICE!! Who is it for? Tracey!!,” tweeted one outraged viewer. Another responded, “I’ll die if Tracey doesn’t win an Oscar and let’s give her an Bafta for her troubles as well,” while one fan declared, “30 years to be involved in a serious storyline …if that doesn’t show commitment I don’t know what does.” Perhaps sensing that loyal viewers wouldn’t stand for Tracey’s departure, show execs showed compassion and a last minute pardon was made!

After digesting the awful news, an emotional Tracey made the decision to leave Walford in her rear view mirror. But before she could say goodbye, someone made her an offer she couldn’t refuse: working at The Albert for town bad-boy Vincent Hubbard.

What’s next for spurned Tracey? Could a strange and troubling alliance be in her future?  Let us know what you think in the comments below and don’t forget to check Soap Opera Spy for more EastEnders spoilers and news right here.

The Bold and the Beautiful POLL: What Was Your Favorite Daytime Emmy Look? Vote!