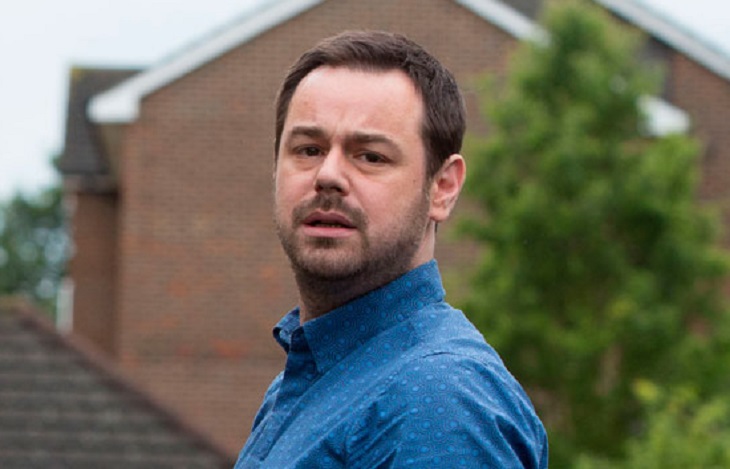 Is Danny Dyer ever going to return to the BBC One super soap, “EastEnders?” According to at least one actor, the cast has no clue if the popular but troubled actor will ever return to Walford.

According to Richard Blackwood, soap execs have not given the cast any direct news about Dyer’s status on the show. What does their silence portend for the actor who recently fled to South Africa to escape the glare of the media spotlight?

Related: Will Sexting Scheme Land A Walford Teen In Jail?

He told The Sun that he personally has no idea when his co-star will return, and that the rest of cast are just going about their business as the professionals that they are.

But he did admit that Dyer’s fellow actors are concerned as well as supportive of the high-profile star. The 44-year old Blackwood has not talked with Dyer since he ceased filming episodes of the long-running sudser.

Dyer, who plays a bartender, is currently on a hiatus from filming and it’s unclear if his break is voluntary or dictated by the show’s bosses.

The hiatus comes after reports of the actor’s misbehavior on and off the set. The actor’s absence is problematic to producers because Dyer’s character is central to the soap, which films more than a month in advance.

In the meantime, Blackwood confirmed that his character will not be taking over at the bar which features prominently on the show. Blackwood quickly became an, “EastEnders,” fan favorite after his 2015 debut.

Fans can’t seem to get enough of Blackwood’s bad-boy character, Vincent. The sordid chap has buried his mother alive, is a police informant, and has had an affair with Ronnie Mitchell. None of this shady behavior seems to matter in the least to loyal viewers!

In fact, Blackwood teased that he may not be a murderer after all! In a shocking admission, the actor hinted about the possibility of his onscreen mother’s return: “There’s always room for her to return for the right storyline.”

‘The Young and the Restless’ Spoilers: Jack Open To Relationship With Gloria – Delightful Ride Continues