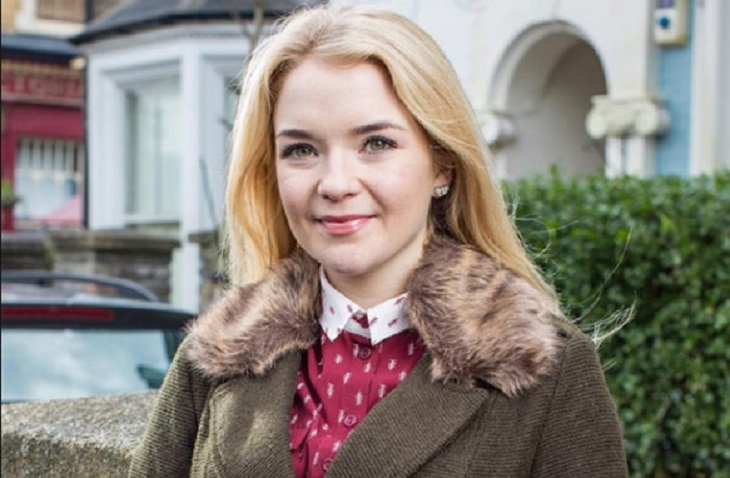 Now we know it won’t be a taxi ending for Abi Branning (Lorna Fitzgerald); the brain-injured Branning sister will surely leave the Square in more heartbreaking circumstances. And that’s got some remorseful viewers wishing they had a bit more time with the character they loved to hate.

We’ve known for quite a while that the Branning sisters Abi and Lauren (Jacqueline Jossa) would leave Walford, we just didn’t know how. Would their exits mirror the spectacular 2017 New Year’s departures of the Mitchell sisters, Roxy and Ronnie?

If so, it would seem that it certainly doesn’t pay to be a part of a beautiful and young sister duo in Walford these days.

So when Abi and Lauren plummeted from the Queen Vic roof on Christmas Eve, it seemed history was about to repeat itself.

Both sisters landed (ultimately) in the hospital, and we’ve since learned that Abi won’t make it. Which is doubly sad since the young woman was pregnant with her first child.

What were they doing up on the dark roof in the freezing cold? Trying to keep their suicidal dad Max (Jake Wood) alive. He really does muck everything up, doesn’t he?

The result is that Abi has been declared brain dead, while Lauren also lays in a hospital bed. And that has fans flocking to social media to vent their emotions.

“Just when you thought you started to like Abi again but now she’s gone,” tweeted one fan. “Must be one of the only people that likes Abi & so gutted she’s dying😖,” wrote another.

Well you know what they say, you never know what you’ve got till it’s gone. And so it seems to be the case with petulant Abi, the girl who had it out for her big sis.

So where does this leave Lauren? Will she survive, and if so what kind of condition will she be in? Jossa has said about her exit, “You don’t want the taxi ending – you want it to be big.” Will she get her wish for Lauren, too?